PontiacMadeDDG Dating Any Girlfriend? Explore His Height, Age, Net Worth, Parents, Past Affairs, and Wiki 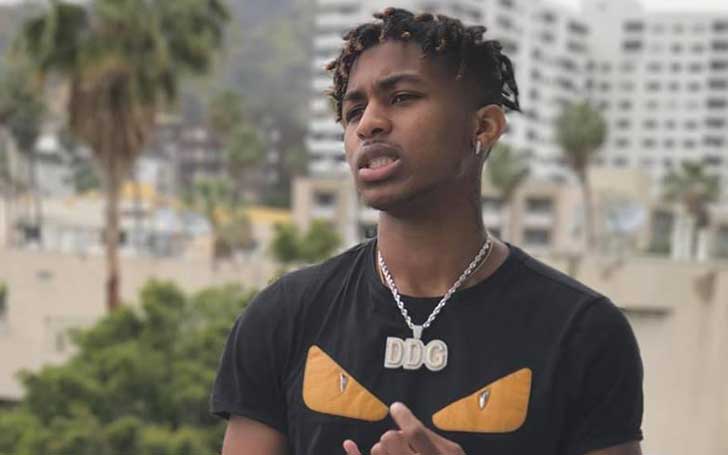 PontiacMadeDDG is an American YouTuber who hails from the city of Pontiac, Michigan. He is a comedian and singer who creates and uploads parody, skit, and prank videos to give a smile to his viewers. As a funny guy, he has garnered more than a million followers on his social account.

He has also released songs like Givenchy and Lettuce, featuring Famous Dex and Big Boat (Lil Yachy Diss). As PontiacMadeDDG often features his girlfriend on his vlog, fans are eager to learn their dating affair. So, who is PontiacMadeDDG girlfriend? Also, take a look at his Wiki, Age, Personal life, Affairs, Family, Sister, and Brother.

PontiacMadeDDG Girlfriend; Will They Get Married?

The 21-year-old vlogger is currently dating Kennedy Cymone. His girlfriend is a beauty and lifestyle guru famous for her YouTube channel named, FabulousInMaking. She shares entertaining contents, including DIYs, Hauls, and Outfits. She has also made into the top 12 in the BYX Face Awards.

DDG had asked her many times in his videos to be his girlfriend and go shopping for an engagement ring together. Later, in April 2018, PontiacMadeDDG and Kennedy got engaged to each other.

After a while, the pair announced their split, which shocked many fans. However, on 1st December 2018, he uploaded a vlog on The DDG Family with the content titled as ‘I Surprised Her With A $2 Million Yacht For Her Birthday!! (She Loves Me Now) | Vlogmas 1′

The video clearly shows the lovebirds are once again together. In the video, PontiacMadeDDG surprised his girlfriend by giving her $2 million worth Yacht for her birthday. He also told his fan members:

“Ho Ho Ho Ho Ho Merryyyyyyy Vlogmas & it’s not about the money. I could’ve got Kennedy a lollipop for her birthday if I wanted to and she still would’ve been happy.”

Also See: Find Out YouTuber KSI’s Net Worth; Also know his wiki-bio including his dating affairs!

PontiacMadeDDG also has a self-titled YouTube channel that has amassed over 1.4 million subscribers. Moreover, he has also dwelled over 1.5 m Instagram followers. His popularity on YouTube and Instagram suggests to us that his monthly income is quite huge.

He also generates income from his music videos and singles like Take Me Serious, Donkey Kong, No Pockets, and Big Boat to name a few. His net worth is somewhere at the range of $750 thousand.

He also owns a BMW i8 which costs around $160 thousand. Recently, in his latest Twitter, he revealed that he’ll buy a $350 thousand Rolls Royce in Summer.

Oh and don’t forget, PontiacMadeDD has a $50 thousand diamond AP watch or so it seems. In a YouTube video posted on Friday.

Besides, the man also took to his YouTube to share a mansion, which he claime to have been made with over $500 thousand.

PontiacMadeDDG was born in the city of Pontiac, Michigan in 1997. His birthday falls on 10th October which makes his age 21. He belongs to African-American ethnicity.

His real name is Darryl Granberry. He grew up with his parents – Tonya Yvette and Darryl. The YouTuber has a younger sister, known as Queen Tiarra and a brother whose name is not known. Unfortunately, his brother died during a shooting in 2014. Darryl attended Central Michigan University.