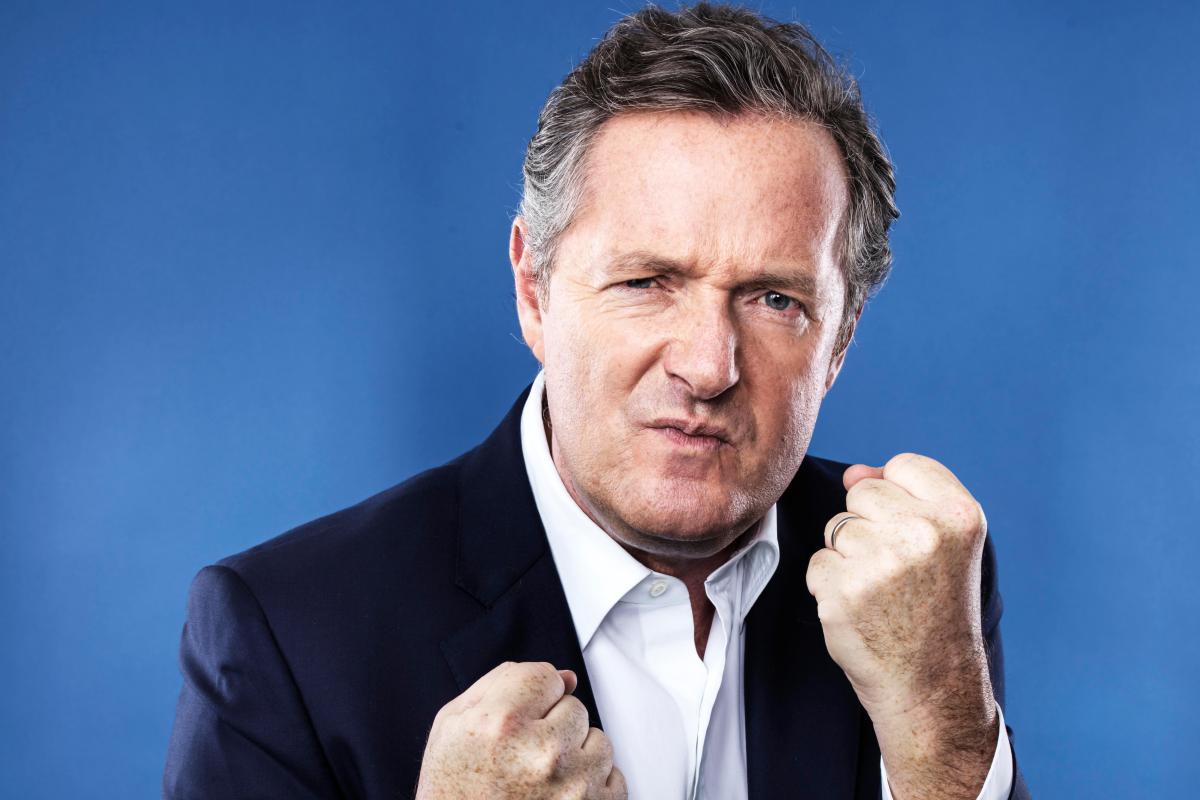 We can behold an opinionated presenter on the show ‘Good Morning Britain’ who is famous for often creating buzz on his Twitter account on Arsenal and other subjects. Popularly known as his remarkable career in journalism, he is none other than Piers Morgan, a British Journalist, and television personality who serves as the editor of quadruple tabloid papers.

Besides being a successful TV personality and journalist, how is Piers Morgan married life with his wife? Has he divorced his wife? These questions often strike the mind of his well-wishers. So today, let’s quench the thirst of your inquisitive mind by exploring about Piers Morgan’s wife, children, divorce, net worth, and much more.

British journalist and TV personality, Piers Morgan is a happily married man. Despite being successful in his career, Morgan’s first marriage was a failure. He had married his first wife, Marion Shalloe in Hampshire in the year 1991. However, 17 years of delightful marriage relationship ended in 2008 with a divorce. The ex-couple have three sons; Spencer, Stanley, and Albert.

Later in 2010, Piers Morgan married his better half, Celia Walden in a private ceremony in the Oxfordshire village of Swinbrook after dating for four years. The duo began dating in 2006 while Morgan was still married to his ex-wife, Marion Shalloe.

Piers Morgan’s wife, Celia Walden is a 41-years-old journalist and newspaper columnist. She is also the daughter of former Conservative MP, George Walden.

Living together as a loving husband and wife for seven years, the couple is still going strong. There are no any disputes and divorce issues in their marriage relationship. They share a daughter together whose name is Elise Morgan.

Morgan is close with his four children and often shares pictures of them on his Instagram.

Caption: Piers Morgan with his three grown-up sons and a cute daughter.

Piers Stefan O’Meara who is known as Piers Morgan was born on 30 March 1965 in Newick, Sussex, England. He was born to parents: Vincent Eamonn O’Meara, an Irish-born dentist, originally from County Offaly, and Gabrielle Georgina Sybille. He took his stepfather’s surname Morgan.

Piers Morgan went to the independent school Cumnor House for six years. He then attended Chailey School, a comprehensive secondary school in Chailey, near Lewes, East Sussex. He studied journalism at Harlow College. In 1985, he also allied himself with the Surrey and South London Newspaper Group.

Morgan commenced his journalism profession in Fleet Street as a writer and editor for numerous tabloid papers like The Sun, News of the World and the Daily Mirror. He was selected as the editor of the News of the World by Rupert Murdoch in 1994 which made Piers the youngest editor of a British national newspaper.

Later, Piers Morgan worked as the editor in the Daily Mirror. In the year 2012, Morgan was severely censured in the findings of the Leveson Inquiry and phone hacking controversies. Apart from being a journalist, Morgan is also known as a host. From 2011 to 2014, he hosted Piers Morgan Live on CNN. He also appeared as a judge on America’s Got Talent and Britain’s Got Talent.

Piers Morgan won the seventh season of the US Celebrity Apprentice in 2008. Since 2015, he has been presenting Good Morning Britain, but he is recently replaced by Richard Madeley indefinitely. He has also interviewed the USA president Donald Trump in his show. Morgan was applauded by some for his apparently “direct” attitude towards Trump while the majority thought of the interview as “obsequious” for Trump, with 88% of viewers polled by the Radio Times on Twitter viewing Morgan as being “too soft” on Trump.

President Trump’s ban on transgender people serving in the military is a bloody disgrace.
If they’re brave enough to risk their life for their country then that’s good enough for me & should be good for everyone – particularly those who avoided military service themselves.

Caption: Piers Morgan is against the President Donald Trump to ban transgender serving in the military.

Morgan has also proved himself as an outstanding writer with eight books which includes four volumes of memoirs.

Are you eager to know how much money does Piers Morgan has racked up all over the years?

Piers Morgan has a whopping net worth of $20 million. He gathered the impressive net worth in his account because of his numerous hit shows.

Piers Morgan earns around $ 2 million every year as the host of Good Morning Britain, and other TV and newspaper deals.

Morgan whose age is 53, holds British nationality. He belongs to mixed ethnicity. He has a height of exactly 6 feet. His hair color is brown, and his eye color is blue. He is a Roman Catholic by religion.

Morgan has a massive fan following on his Twitter with 6.46 million followers. His Instagram account has 135k followers. Morgan is one of the best TV hosts, liked by many for his contributions.