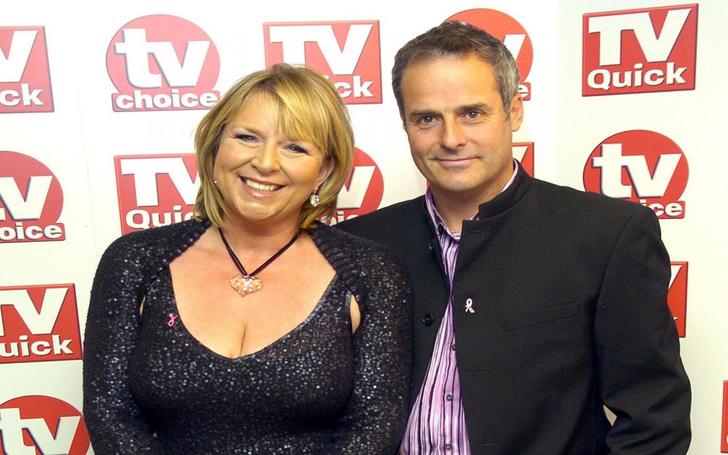 Probably one of the most known chefs in the UK, Phil Vickery skyrocketed to fame in the 2000s for his appearance on one of Britain’s popular TV shows, This Morning where he has been employed for nearly a couple of years.

Vickery also previously worked for BBC on the show, Ready Steady Cook where he met his second wife, whom he was married to for nearly two decades.

It was a second marriage for both Phil Vickery and his second wife, Fern Britton whom he met in the late nineties when he was a newbie on Ready Steady Cook. As a matter of fact, it was Phil who fell for Fern.

The two instantly started going out and confirmed their relationship. And, in 2000, Vickery and Britton also walked down the aisle, and a year later, they welcomed their first daughter, Winnie Vickery.

Whilst it was Phil’s first child, it was the fourth child for his wife. Fern shares three more children with her former husband, Clive Jones. Well, Vickey is a step-father to Grace Jones and a pair of twin son, Jack Jones & Harry Jones.

Things were going great for Vickey and Britton until 2020 when the TV presenter shared on Twitter she had split from her husband of twenty years with further asking for privacy. Britton didn’t reveal their separation reasons.

Phil and Fern had previously split in 2008 for a short time after the renewal of their marital vows. And, at the time it was due to Phil’s infidelity with a researcher partner from work. But, the former husband and wife were able to reconcile their marriage at the time.

But, as for this time, it seems like Vickery and the mother of his daughter are done for the good and the final time. Hopefully, both teams are doing good.

Before Phil Vickery met and fell in love with Fern Britton, the TV chef and businessman was married to his first wife, Sarah Ann Lock for a whopping of ten years. The two actually married when Phil Vickery was on the beginning phase of his career.

Well, Vickey and Lock married in 1990 before their marriage of ten years officially ended in 1999. Sarah, today, maintain a low-key profile. The two also don’t share any offsprings of their own.

And, following his divorce from Britton, the author is currently single. No rumors of his affair or having a new girlfriend is known yet.