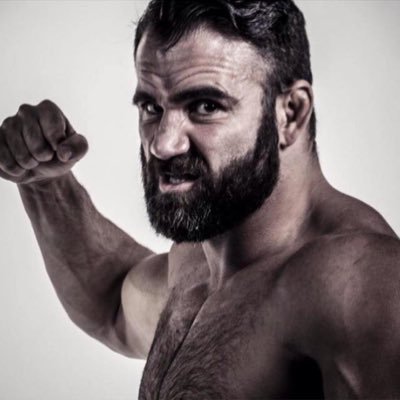 Phil Baroni is widely known as the UFC veteran wrestler. He is an American former professional mixed martial artist, kickboxer and professional wrestler. Being an expert competitor since 2000, Phil Baroni is possibly acknowledged for his period in the UFC where he holds a record of 3–7.

Are you excited to know about Phil Baroni married life? Also, know Phil Baroni’s net worth, bio, career, and other wiki facts.

Talking about his personal life, Baroni is a married man. Phil Baroni married his girlfriend, Angela Baroni on October 12, 2008. He married his beautiful bride, Angela out at Lake in Las Vegas.

The couple celebrated their 5th marriage anniversary together in 2013. In 2018’s October, it will be ten years of Phil Baroni’s married life with his wife. However, Phil keeps his wife away from the spotlight at his best, so whether they are still together or have already divorced, it’s still a mystery. Will Phil Baroni share a picture with his wife wishing her “Happy 10th year of marriage anniversary?”

Any other information regarding his past affairs and girlfriends hasn’t revealed yet. Phil has kept his personal life to himself.  He hasn’t even posted any recent pictures together.

Is Phil having problems in his marriage?

Well, we cannot say anything now about Phil Baroni married life because he concerns privacy and we respect his decisions. He has never gushed about having a divorce with his wife and sharing children with her.

Phil Baroni was born on 16 April 1976 in Long Island New York. His Italian American parents raised him. He joined Massapequa High School where he was on the wrestling team. Later he got expelled when he was a senior for assailing a caretaker at the school. That was only a week before he ranked 1st at the state wrestling championships.

Then, Baroni joined Nassau Community College. He became a two time All-American wrestler there, being fifth and second in the nation. Baroni attended Hofstra University before moving to Central Michigan University, where Phil was a double major in biology and psychology. He was very fond of bodybuilding since his early age. Baroni even took part in six shows related to bodybuilding in which he placed either first or second. He also studied kickboxing under Keith Trimble. He had seven matches there where he won all by knockout.

Talking about his career, Baroni debuted the UFC in only his second professional fight, at UFC 30 in Atlantic City, New Jersey. The match was against fellow outstanding specialist Curtis Stout. However, he won by arbitrary decision. Soon after that, Baroni merged with Hammer House. He bounced back in Japan’s PRIDE Fighting Championships promotion with some knockout wins against Ikuhisa Minowa, Ryo Chonan, and Yuki Kondo.

Resulting from the Shamrock fight, the California State Athletic Commission publicized that Baroni verified positive for two types of stanozolol, anabolic steroids, and boldenone. He appealed the $2500 fine and confronted a one-year suspension. In the end, the penalty sustained while the suspension reduced to six months.

Baroni returned to once again fight in the UFC in 2009. On November 21, 2009, after he contracted a multi-fight deal, his return fight was at UFC 106  against TUF 7 winner Amir Sadollah. Sadollah has beaten Phil by unanimous decision. Baroni has infrequently operated as an MMA commentator for the MMA Big Show fight organization, Tachi Palace Fights, and India’s Super Fight League

Phil Baroni’s net worth is expected to be higher than other wrestlers of his time. She has a net worth of $500 thousand.

Before being famous as a professional fighter, Baroni did several jobs counting construction, delivering pizzas, bouncing and a car salesman. Phil Baroni’s net worth reached the new height after he came into wrestling.

You just need to nurture your soul and take care of yourself right now. Let things clear out of your life. Don’t hold onto what needs to exit. Don’t force anything to stay the same. It’s all about change and growth. Release and let go. Reorganize and reprioritize what you value. #stripclub #stripclublife #psychology #psychologymajor #hofstrauniversity #cmu #vegaslife #bitcoin #bitcoinsallday #nyba #besteva

He is into bitcoin too. Many bitcoin agencies have sponsored Phil. He is living an over-the-top life nowadays.

Phil Baroni has the height of 5 feet 9 inches. He weighs around 77 kg. He holds American citizenship and belongs to mixed ethnicity. Baroni is very fond of dogs.