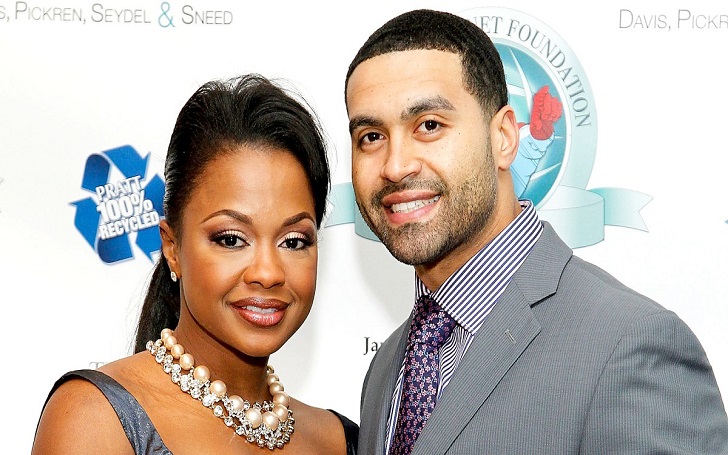 Atlanta star Phaedra Parks and her ex-husband Apollo Nida got divorced, three years after officially splitting up. They officially filed for divorce in November 2014.

Phaedra is reviewing her options with an attorney to make the efficient path for ending her marriage so that she moved forward for her career and have the healthy and happy life with her children.

Talking about the reasons behind their divorce, Phaedra  in the interview with peoples, said

I don’t want them to look back on television, tabloids, or something I said that would make my children feel like their father was not a great dad. I’m always doing things to err on the side of not saying anything if I can’t tell that’s not good about him. It was good for me to maintain some privacy around it.

Moreover, they share joint legal custody of their son’s name Ayden, aged Seven and Dylan, aged, Four, according to ‘TMZ’, as part of the custody agreement.

The divorced couple married on November 1, 2009, after the long-term relationship.

After her divorce, some sources have reported that Phaedra Parks is dating reality star Tim Norman for two months. Besides that, they often spotted together in romantic dining at the Sweetie Pipes Upper Crust Restaurant in St. Louis.

You May Like; SpeakerFoxxx Is Dead: Cause of Death? | Bio – Family, Age & Songs

Phaedra Parks was born on October 20, 1973, and she is 43 yrs. old now. She has  two children’s with Apollo Nida name “Adonis ” and “Dylan.” She joined the show ” “The Real Housewife of Atlanta “as a leading cast member of season 3.

Apollo Nida, her former partner, is now out of the jail. Apollo left the FCI Fort Dix in New Jersey and moved to Philadelphia. He just finished his eight years long jail time for fraud and identity theft. Though Phaedra Parks has stated anything about her ex-husband’s prison release, she posted a positive update about her life.

Let’s wait and watch over the ex-couple. Will romance struck upon them? What do you think?