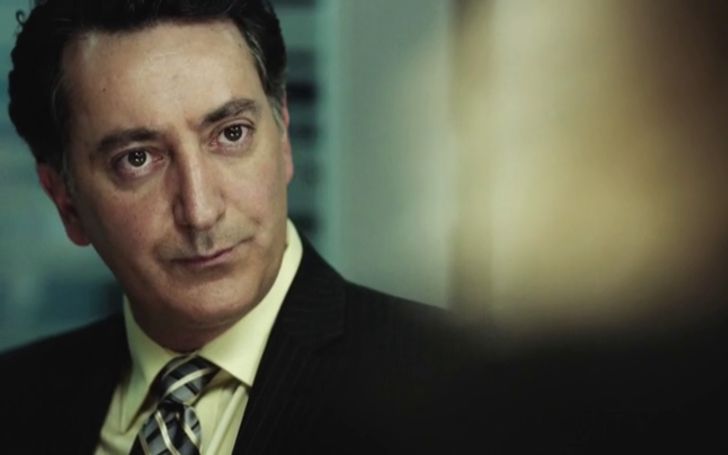 Almost everyone is aware of popular Japanese anime, Dragon Ball Z but the things people don’t know are the real faces behind the characters’ voices. Peter Kelamis is one of those stars who lends his voice for Goku in the Canadian version of Dragon Ball Z TV series.

Besides that, Peter has given voice to many other characters like Rikkie Syngh-Baines, Randall Boggs, Whiplash, etc. Read below to know more about Peter Kelamis.

Peter Kelamis was born on December 11, 1967, in Sydney, New South Wales, Australia. However, he went to live with his grandparents in the Greek islands. In the meantime, his parents moved and re-established themselves in Canada. He reunited with his parents in Canada when he found out that his Greek grandparents were not, in fact, his Mom and Dad.

Career driven since kindergarten, Peter did his first stand-up act in front of his grade 4 class. In 1985, Kelamis enrolled in the University of British Columbia, taking a mix of psychology and drama classes.

Also read: How Much Is Rhett James McLaughlin’s Net Worth?

Peter started his career from the short movie Dragon Ball Z: Dead Zone produced by Ocean Group, in which he gave voice to Goku. Subsequently, he gave voice and also acted in various other projects such as Sherlock Holmes Returns, Hurricanes, The X-Files, Roswell Conspiracies: Aliens, Myths & Legends, etc.

Peter is, however, most famous for giving voice to Goku on the TV series Dragon Ball Z which lasted from 1997 to 2000. He also gave voice to the character of Rikkie Syngh-Baines in the TV series Action Man.

Peter has 155 credits as an actor and a voice artist. The latest project he is working on is The Dragon Prince, a 2019 TV series in which he gives voice to the character of Villads.

Peter Pelamis’s Personal Life: Does He Have a Wife?

Peter Kelamis is a married man and he tied the knot to his second wife, Alannah Stewart in 3rd July 2004. She is a Vancouver-born Canadian actress by profession. The actor, however, kept the secrecy regarding his first marriage and wife.

We're EXTREMELY proud of our daughter! Her "Artwork" turned "Greeting Cards" are now available for purchase at The "Bloomerie" in Vancouver! pic.twitter.com/VH6yG0tAtQ

In addition, the couple shares a daughter whose name is still a mystery to everyone. But Peter often shares his daughter pictures on his Twitter with beautiful captions. As of now, Peter is living a blissful married life with his wife and daughters without including himself in any controversy and rumors.

Peter Kelamis’ Net Worth: How Much Does He Earn?

Peter Kelamis holds a modest net worth around $950,000. This figure comes as a surprise because Peter is very accomplished in the field of show business. An average voice artist earns $31,400 in a year in Canada. However, as Peter is not your normal voice actor, so we can expect his salary to be around $50,000 per year.

Kelamis made guest appearances on all three of the longest running North American science fiction series: The X-Files (1993), Stargate SG-1 (1997) and Smallville (2001) from which he made a good sum of amount. He also performs stand-up comedy shows which also helps to add to his net worth.

Where and when was Peter Kelamis born?

What nationality does Peter Kelamis belong to?

What is Peter Kelamis’ ethnicity/race?

What is Peter Kelamis’ eye color?

Which color of hair does Peter Kelamis have?

How tall is Peter Kelamis?

How old is Peter Kelamis?