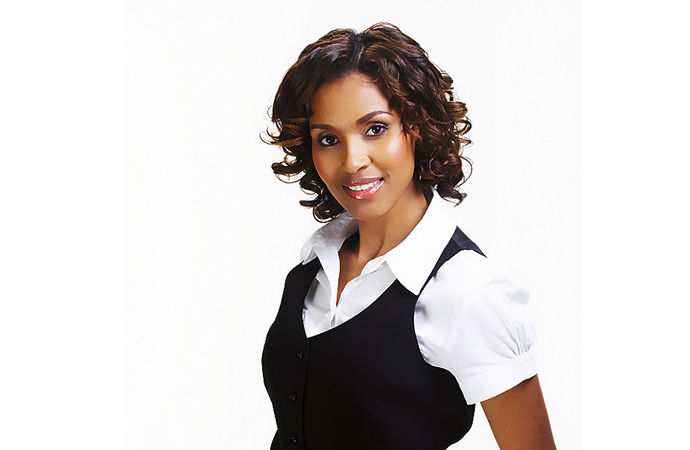 Peggy Sue Khumalo came into the limelight after she won the title of Miss South Africa in the year 1996. She currently works at Investec as the head of the public sector unit and also BEE. She will leave her 17-year career at Investec to join the Standard Bank’s wealth division in February 2019.

Peggy-Sue will be the first black woman to take on the role of chief executive at Standard Bank’s Wealth South Africa Division with effect from 1st February 2019. The wealth unit spans the Standard Bank Group, offering insurance, investment, fiduciary, specialized banking and lending, and multigenerational wealth preservation solutions to high net worth, retail, business and commercial, and corporate clients.

In the press release, Standard Bank said that Peggy “brings with her a wealth of knowledge and institutional experience.” She will be reporting into Margaret and Lungisa Fuzile, chief executive of Standard Bank South Africa.

Peggy works with several charities, including Little Eden, Seeds of Africa, the Teddy Bear Foundation and the Liliesleaf Trust. But what do we know about Khumalo’s married life?

Who Is Peggy Sue Khumalo Husband?

Miss Peggy married her husband named, Xolani Gwala who is a TV and radio broadcaster. She met him for the first time through a mutual friend. Soon after meeting, they eventually fell in love with each other and started dating.

Xolani proposed to Peggy at his 40th birthday celebration, held at his hometown of Impendle, KwaZulu-Natal SA. They have welcomed two beautiful children; both girls whose identity hasn’t been revealed.

Peggy and her husband, Xolani, are the perfect example of an ideal couple. Xolani had colon cancer; fortunately, he has recovered now.

He told that he couldn’t have recovered without his loved ones, including his wife, Peggy-Sue Khumalo. Ian interview at Metro FM’s Fresh Breakfast show, he said that he would have died if his wife, Peggy was not there.

Peggy-Sue said they’re grateful for God’s grace. The husband and wife are happily parenting their daughters.

After completing the studies, Peggy joined Investec Bank UK where she served as a Fixed Income analyst in  2004. She then transferred to Investec SA where she focused on the public sector portfolio. She is a recipient of several accolades throughout her career and was even appointed an Executive in Investec SA in July 2012.

Peggy-Sue Khumalo was born in the year 1972 in Newcastle, South Africa. Her birthday falls on 7th December, which makes her age 46.

Peggy was born to her parents named, Jumaima Khumalo and James Erasmus, a colored or white farmworker. Her mother, Jumaima raised her.

Peggy was awarded a scholarship by the then South African President, Nelson Mandela in collaboration with Stephen Koseff, the CEO of Investec Bank to study Economics at the University of Manchester, in the United Kingdom. Before her studies, she worked at her PR and Communications company that boasted the likes of Anglo American as clients.