Paula Malcomson Might Have Found The Love of Her Life! 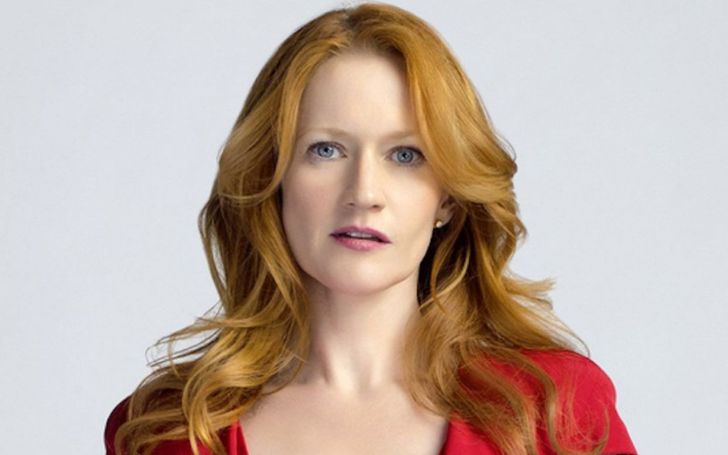 If you are a viewer of the show Ray Donovan, then you must be a fan of the on-screen couple Liev Schreiber and Paula Malcomson. It is no surprise many fans wish the reel couple to turn into a real couple.

Sadly, Liev is in a relationship with Taylor Neisen, so what about Paula? Is she also dating or she is already married? Read on to know about Paula’s relationship status.

Secretive About Her Romantic Life

The Hunger Games actress Paula Malcomson always kept her love life away from the spotlight of media. Furthermore, she was not romantically linked with anyone in her long career.

Due to a lack of news on Paula’s dating front, many believed she was single. However, scrolling through her Twitter account, it looks like she, in fact, is having an affair with a guy named Gary.

The actress regularly shares pictures of him on her social media accounts. Take a look at a photo she posted on 29 December 2017 where Gary is with one of her dogs.

The actress furthermore shared a picture on January 2018, where she was wearing a ring on her ring finger. So, it is also possible that she is married to her supposed boyfriend Gary.

In recent times, Malcomson has not posted any photos of her beau as she deleted her Twitter account. So, it is hard to say they are still together or separated.

Yes, as of 2019, Paula Malcomson holds an overall net worth of $4 million. She earned this wealth from her two-decade-long career.

The Irish actress is known for movies such as The Green Mile, A.I. Artificial Intelligence and most importantly, Hunger Games series. The series, which consits of four films, earned an overall $2.970 billion against the budget of $495 million.

On television, the veteran star is part of high-profile shows such as ER, Law & Order, and Private Practice. She, however, became a household name after playing the character of Abby Donovan in the series Ray Donovan.

Malcomson was part of the Ray Donovan from season one to five and shared the screen with actors such as Liev Schreiber, Dash Mihok, and Steven Bauer. The show’s seventh season will premiere on November 17, 2019.

Where Does This Sucessful Actress Live?

Paula Malcomson has homes in Los Angeles and Nothern Ireland. Her parents live in her Ireland home.