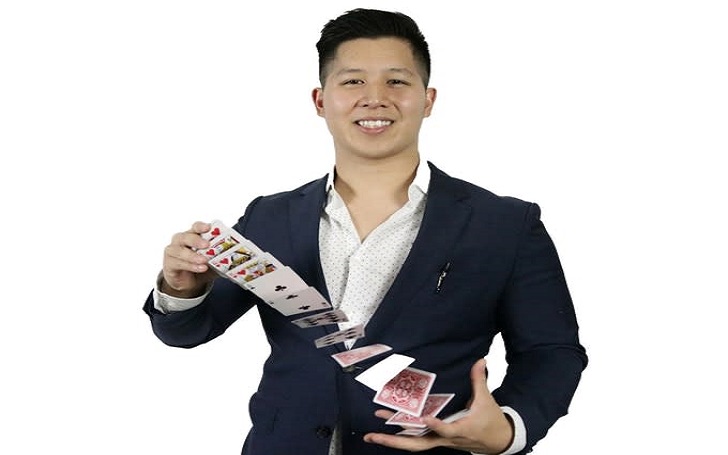 Magician Paul Vu who believes “magic is more than an illusion”  is one of the best young magicians in the world. Vietnamese American guy, Paul Vu defies the law of physics and has mastered in illusions wowing millions of people.

Besides being a full-time magician, he is also a social media content creator with millions of fan following. He has amassed over 17M followers on his Facebook page and has garnered over 60 million cumulative views on his videos.

But what about his love life? Is Paul Vu dating a girlfriend? Or better, has Paul Vu married someone already? Let’s know the facts along with his wiki-bio and career.

Who is Paul Vu? Early-Life and Career Details!

26-years-old Vietnamese American guy, Paul Vu is a professional magician, magic consultant, and social media entrepreneur with millions of fan following. Struggling to get cast on TV productions, he decided to create his own content and launched a self-titled Facebook page “Paulvutv” where he wowed millions of people.

Paul Vu was inspired to be a magician by his first classic thumb trick as a child. Vu said:

It was the single most astonishing moment of my life and it was that feeling of the impossible that made me so happy … it was something so small, but something that left a big impression on me that I have carried on for my entire life. It was just that one magic trick that led me on a path to become a magician.

Paul became a member of The Magic Castle in 2015 and appeared on British National Television in ITV1’s “The Next Great Magician.” He even auditioned for America’s Got Talent, but none of them made a great impact on his career.

With his brother’s advice, Paul started uploading his magic tricks on YouTube, but the result was not satisfactory. Then, Paul switched to Facebook and eventually millions of people liked his contents. Let’s have a look at Paul Vu’s magic tricks:

At present, Paul is one of the most popular young magicians in the world. His magic tricks have been featured on popular pages such as 9Gag, Lad Bible, Daily Mail, The Hook, Fortafay, and NTD Life which is a great achievement to his career. Paul is also planning to launch his website where he will be consulting for magic tricks.

But what about Paul Vu’s dating affair? Is Paul Vu in a dating relationship with a girlfriend?

Well, regarding Paul’s dating affair, he has no girlfriend. His career has just started to blossom, so it seems like he is busy developing his career even more. He has not talked about having a girlfriend in the media nor has been spotted enjoying a date with a girlfriend.

As millions of girls dream of dating Paul , he will most likely be in a dating relationship when according to him, is the best time. So, stay connected with us, we will update you more on his dating life later!

Born in the year 1995 in California, Paul Vu’s birthday is on the 12th of August. With the upcoming birthday celebration in August, his age will be 27.

Vu has not revealed the name of his parents. In addition to biological parents, he also has a stepfather and a stepmother. According to him, his family isn’t perfect, like other families. Speaking of the family, he gushed:

I always thought that I would have that perfect family with just the right amount of people and it would be awesome, but it wasn’t ever like that

Vu’s father started a new family by dropping him, and his family, which led him to struggle more in his life. He said:

Basically, he just dropped me and my family to start a new family, and that was the biggest struggle in my life—knowing that my dad was going to start a new life without us. Despite everything, “I still call him dad.”

While establishing his career as a magician, his parents were worried about him and his career: Paul said:

I told them in the middle of the school year, ‘Hey, I want to make videos, I can grow a following like this. They didn’t believe in me because my parents worry about me… Being a freelance video content creator isn’t the easiest job. A lot of people fail. They were doing what any parent would do by being protective of their child.

Paul graduated with a degree in theatre from California State University Fullerton. He studied magic at the Magic Castle in Hollywood.

The star holds the record to solve two Rubik’s cubes at the same time for the fastest time.

As of earlier 2022, Paul Vu net worth is under review. However, his net worth must be in millions or nearly $2million.