Patricia Wettig Is Still Going Strong With Her Husband Even After 35 Years Of Marriage; Exclusive Details! 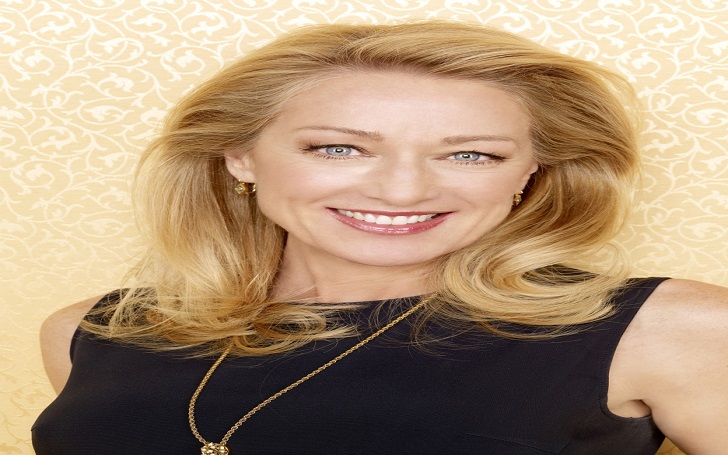 Modernity has devoured human civilization to the extent that relationships have become more insignificant. People value materialistic entities rather than the spiritual factors in a relationship. We get the rarest of view when we talk about the long-lasting relationship between  people, especially ‘Hollywood stars.’

But there are some who still have the same compassion for each other even after living together for a long time. Take Patricia Wettig and Ken Olin as a living example. They celebrated their 35th marriage anniversary and still their romance life continues. Know more about her married life:

Patricia and husband Ken Olin recently celebrated their 35th marriage anniversary. They enjoyed their dating life for a year and four months and finally tied knots in 1982, May 8. Are there any changes that came along the way of more than three decades of marital relationship?

More love and compassion! Yes! They are committed to each other for the times they have been together.

Patricia provided her boyfriend-turned-husband with an assurance that the external force will unruffle them. They welcomed their first child; A son, Clifford Olin in 1983, after a year of their marriage. Later, they gave birth to a daughter, Roxanne Olin in 1985.

Not only are they family, but they also collaborate in their work as a team. Ken as an actor and executive producer, Patricia, and Roxy as actresses, and Cliff as the writer. The evidence is the TV drama series, Brothers and Sisters. Roxy had a regular role on the show and was also one of the cast members of The City, MTV series.

Patricia doesn’t like to publicize her private life and is not too much active on Instagram and Twitter. Her husband, Ken announced their 35th years of marriage relationship on Twitter.  He also revealed that Patricia prefers to keep her private life low-key.

Patricia Wettig and I have been married for 35 years… just sayin’. She doesn’t like to publicize it I guess. https://t.co/6J9Ho6xFsz

With this of a smooth life there comes no question of divorce between the couple. May the lord of fate let them live happily ever after life.

Patricia Wettig was born on December 1951 in Cincinnati, Ohio. She is a Temple University graduate and also has a Master’s degree in Fine Arts to the playwright. She completed her Master’s degree from Smith College in 2001 at the age of 50.

Wettig debuted in the feature film ‘Guilt by Suspicion’ in 1991. She had acted in movies like City Slickers and The Langoliers. Wettig has also established an image for her work on television. She won a Golden Globe and three Emmys for her role in the ABC series, “thirtysomething”.

Wettig also portrayed a character named Nancy, whose cancer struggle is shown. For the sole reason, she acclaimed considerable attention. In the same series her husband also starred though, they were not spouses on-screen. Formerly, she had played the part of Vice President Caroline Reynolds on Prison Break, the 2005 Fox television drama.

As an American actress and a playwright, Patricia made herself worthy of a net worth of $2 million.