Parminder Nagra: In Search of Love! 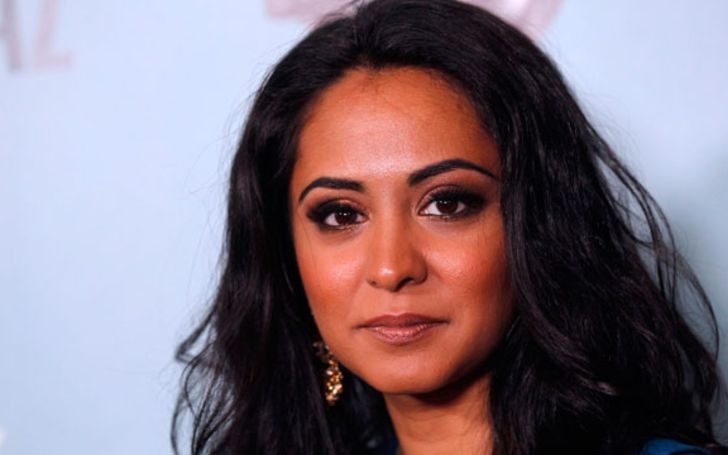 English actress Parminder Nagra established herself as a top star from the blockbuster Bend It Like Beckham. She further maintained her celebrity status by being in part of well- known shows such as ER, The Blacklist, and 13 Reasons Why.

Nagra enjoyed a sucessful career, however, the same cannot be said about her love life. She struggled to find “the one” for her. Read on to know more about this fabulous actress’ love affairs :

The Bend It Like Beckham star Parminder Nagra met photographer James Stenson in 2002. The love blossomed between them while working on the show Second Generation. The pair, however, officially started dating after the show was over.

After being in a relationship for seven years, Nagra became pregnant with a child. After a month of the announcement of the upcoming baby, the pair tied the knot.

The wedding took place on 17 January 2009 in a dual ceremony. First, the duo performed a Sikh ceremony in their Los Angeles home in presence of close friends and family. Later on, civil service was conducted at the Four Seasons Hotel in Beverly Hills.

It was a star-studded event as Nagra’s co-stars Scott Grimes, and John Stamos were in attendance. Furthermore, actress Maura Tierney officiated their wedding. The festivities were also fun-filled as the ceremony consisted of Bollywood dance. The best part is that the bride and groom also performed a dance routine.

After few months, the pair welcomed their son Kai David Singh Stenson on May 19, 2009. It looked like she was living a happy life with her husband and child. However, the reality was different. After three years of marriage, the actress filed for divorce, citing irreconcilable differences.

The divorce was filed on February 8, 2012, however, it finally got settled in July 2013. The reason for this extended period was the couple’s dispute over their shared properties.

In the end, the actress did not need to share her income, residuals, and royalties to her ex-husband. Furthermore, she got $700,000 California home and $1.5 million property in the UK.

Parminder’s former husband was awarded $450,000 from the sale of their rental home as well as a Mazda CX9 vehicle. Additionally, he received $1,226 -a month in child support payments for their son.

Before Parminder’s marriage to James, she was in a relationship with actor Kieran Creggan. They met while working together in Fair Ladies at a Game of Poem Cards. The affair lasted for five years.

Nagra is currently single. However, it is not out of choice. She stated that she is trying to date, however she is yet to meet the right person.

In the meantime, she is spending her time with her family. Her son is ten years old and is busy with his school and raising him.

The 44-year old Parminder holds a total net worth of $1.2 million. She gained sucess as Jess in the hit film Bend It Like Beckham. Furthermore, she is also known for ER, Alcatraz, Psych, The Blacklist, and 13 Reasons Why. In such movies, she shared the screen alongside actors like Amir Arison, Devin Druid, and Sosie Bacon among others.