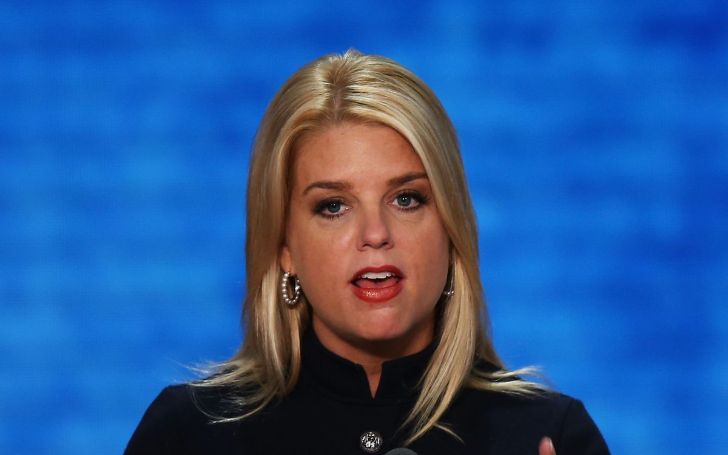 Pam Bondi is a multi-talented American Politician and a lawyer. She is most famous for her serving as Florida Attorney General for the last 8 years. She is also a member of The American Republican Party. With her popularity and clear works, she got a part of Trump’s defense team for the Senate impeachment trial.

She is also famous for her transparent work and criticism for other corrupt leaders. Lately, she also mentioned Joe Biden’s son Hunter Biden for their family priority things.

The leader was born on November 17, 1965, with the birth name of Pamela Jo Bondi. She was born in Tampa, Florida, the USA where she grew up and got educated. Her father, Joseph C. Bondi Jr worked as a city council member and mother, Pasty Loretta Hammer was an elementary school teacher. Besides, she also has a sister and a brother.

She got educated at C. Leon King High School and got graduate from the University of Florida with a degree in Criminal Justice in 1987. However, her educational qualification didn’t stop there but she received a JD(Juris Doctor) from  Stetson Law School when she was 25.

Pam Bondi may have some short term relationships in the past. She has made her past Affairs a little away from the media. Focusing on her major relationships, she had married twice but both of them didn’t work well.

Her first marriage took place in the year 1990 with Garret Barnes. Their relationships didn’t last long and had to separate in the year 1992. After living a single life for around four years, she hitched with Scott Fitzgerald in 1997. Pam and her new husband lived a happy married life for about 5 years and got annulment in the year 2002.

According to the sources, The 54-year-old politician hasn’t become a mother. After the failure of her second marriage, she once dated ophthalmologist Greg Henderson but they haven’t hitched till now. But her relationship Greg also seems to have ended with some misunderstanding. Visit her Twitter for more info.

Pam Bondi first was a prosecutor and spokeswoman at her beginning career. She has done several works to reach the position that she has now. In 2006, she prosecuted former Major League Baseball player Dwight Gooden for violating the terms of his probation and for substance abuse.

The Snippet of Pam Bondi at the conference
Image Source: The Philadelphia Inquirer

Along with this, she has also prosecuted the defendants in Martin Anderson’s death. With her resignation from the Assistant State Attorney position, she became able to be the first elected woman Attorney General of the State of Florida after defeating Democratic State Senator.

She has been giving some speech for the last four/five years getting a lot of respect and love from the public. The 2019 year made her reputed personality as Trump administration hired her with a “special government employee” status to help the White House in messaging during the president’s battle against impeachment. Lately, her speech also has made a breakthrough which she delivered in Republican National Convention 2020 at the Mellon Auditorium.

Pam Bondi Net Worth and Salary

Pam Bondi has a good income and fortune with her career as a lawyer and a politician. With her eight-year serving as a Florida Attorney General, she has been able to gather some fame and money. As of 2020, her total net worth is estimated to be around $1.7 million. With her rising career and popularity, her salary also must be good.