Paige Price Is Engaged To Frankie Muniz: Soon To Ring The Wedding Bell? 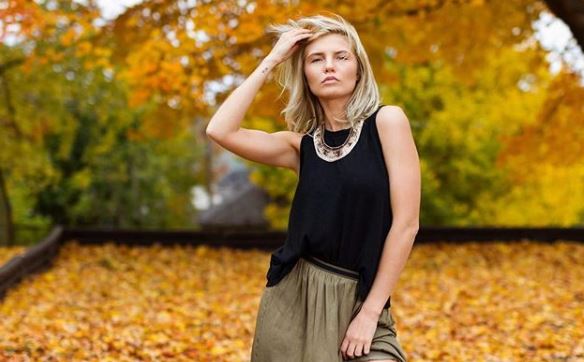 Paige Price is a famous American model and well-recognized Golfer. However, she gained public recognition after she began dating Malcolm in the Middle star, Frankie Muniz. Her life turned around after she got linked up with the Emmy Award-nominated actor.

This weekend, Frankie Muniz girlfriend, Paige Price had a special announcement to make. On 19 November, she took to her Instagram and announced her engagement to Muniz.

You heard it right! Frankie and Paige are now engaged!

Model Paige Price is in a happy relationship with her now-fiance Frankie Muniz. Her boyfriend turned fiance is a famous American actor and musician. They had met each other in Frank Sinatra 100th anniversary invitational and began dating in 2016.

Recently, on 19 November, Paige took to Instagram and announced her engagement with Muniz. She also revealed that she couldn’t wait to marry her fiance, Frankie. Fans were delighted for their newly engaged life and congratulated the two lovebirds.

When you’re a little girl, you dream of marrying the man of your dreams. You think of all these extravagant things from the way he asks you, to the dress you’re going to wear, to the music you’re going to dance to with your father. Sometimes, reality has a tendency to overstep your dreams and really surprise you. Francisco Muniz IV, you’re more than a dream to me. You teach me every day, you compliment me when I’m at my worst, and you push me past the edge but you’re there to pick me up when I start showing signs of falling. I love every piece of you, and I appreciate you more and more every single day. I truly cannot wait to be your wife ♥️ P.S. You’re officially the master of proposals. 143. P.P.S. I ugly cried so hard that I can’t even post the pictures so… there’s that..

Muniz popped the question to his wife-to-be Paige at the Pinal Fairgrounds & Event Center in Casa Grande on November 18. Though he lost his home to a flood, he is quite excited to marry the princess of his life.

Frankie was previously engaged to Elycia Marie Turnbow in 2011. He has a concussion problem, which keeps on troubling him. He had his first concussion in a soccer game at the age of seven. Later, Frankie began experiencing mini-strokes and memory loss.

Moving over the hurdles, Frankie has decided to live the rest of his life with his wife-to-be Paige. Though the duo hasn’t gushed about their wedding plans, they are likely to get married soon.

Paige Price was born in 1992 in Scottsdale, Arizona, US. She celebrates her birthday on 30 March, which makes her age 26 at present. Moreover, her zodiac sign is Aries.

Nothing much is known about Paige’s family, parents, and siblings. Her educational details are also confined.

At the age of 18, Paige began modeling and continued until she reached 21. She wanted to become a forensic pathologist and wasn’t sure if she wanted to continue being a model. So, she took a different last name as a model.

Paige landed a job with the Golf network at the age of 21. She began attending majors to interview players and also hosted short segments.

Paige has an average height that measures 5 feet 3 inches. Her Instagram account with the handle @pogprice has over 31K followers.