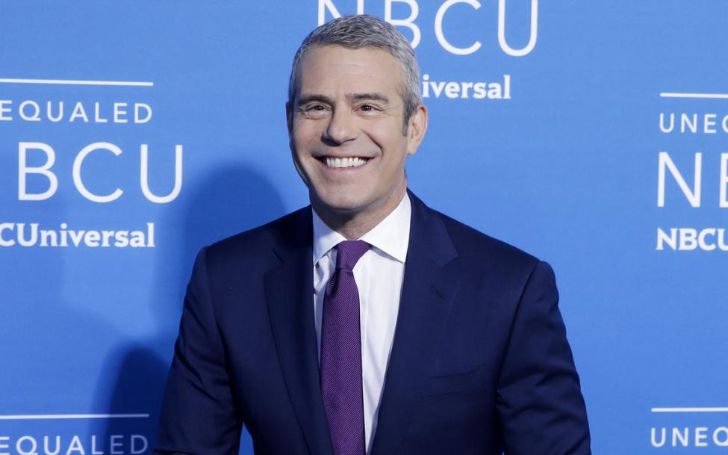 Andy Cohen revealed the first photos of his newborn and talks about his experience of meeting his baby the first time.

Andy Cohen Reveals The Official Photos of His Newborn

The first official photos of Cohen and  Benjamin featured on the cover of People magazine on Wednesday. In fact, it was quite a dramatic revelation of the newborn’s photos, which showcased the value Cohen puts upon his child.

The talk-show host shared about the surreal experience of welcoming his boy with the world through Peoples magazine. To add up, he also penned about his exhilarating experience of fatherhood in the magazine.

Cohen announced he was set to be a father on his late-night talk show in January. Furthermore, He welcomed the beautiful first child through surrogacy on 5th February 2019. He also revealed he named the child after his own grandfather.

He was so alert for the first two hours, he never fell asleep and his eyes were wide open,

And he was quiet, he didn’t cry, he was just calm and I just … it was amazing.

He also said that he has no words to express that out of the world experience. Although, he made a mark for himself as the talkative one in the entertainment industry.

Andy Cohen told People that he was present in the delivery room during his son’s birth. He even revealed that he even cut the umbilical cord himself after which the doctors handed the baby over to him citing the necessity for skin-to-skin contact.

It was really surreal,

I was in the delivery room. I had been hoping that he would have a full head of hair, and he really overdelivered. That was the first thing you see, the head of hair coming out. And I was amazed.

Cohen, 50, provided an early peek at the newborn through a series of Instagram posts. One of those pictures included the father-son duo flying on a private plane. However, he kept the baby’s face hidden before the phenomenal reveal.

Cohen maintained that he would forever be in debt to the big-hearted surrogate that assisted him to welcome the new soul into the world.

He explained to the media,

She was in California. Surrogacy is illegal in so many states, including New York. I don’t understand why. It’s a voluntary process, obviously. My surrogate just viewed it as she was giving me the ultimate gift. She gave me life.

Cohen first discovered the surrogate was pregnant during the most recent Southern Charm reunion special of his show. He was on a lunch break during the time.

I was in my dressing room in tears. That was the moment for me where I was like, whoa.

About being a single parent Cohen told the media,

I don’t have a problem being alone. It would have to be a very special person to say let’s do this together, And I would love that and that person could be having coffee … down the street.

Cohen also opened up about the fact that he never expected to be raising a baby without a partner. Moreover, He also added that a swarm of women around him show baby Ben plenty of love and comfort him through the process of fatherhood.

Andy Cohen sure faced a groundbreaking notch on his happiness by welcoming his newborn. Best of wishes for the baby as well as the fatherhood process of Cohen.