Skip to content
Home » Entertainment » OANN Anchor Chloe Salsameda Is Taken; Who Is Her Boyfriend?

OANN Anchor Chloe Salsameda Is Taken; Who Is Her Boyfriend? 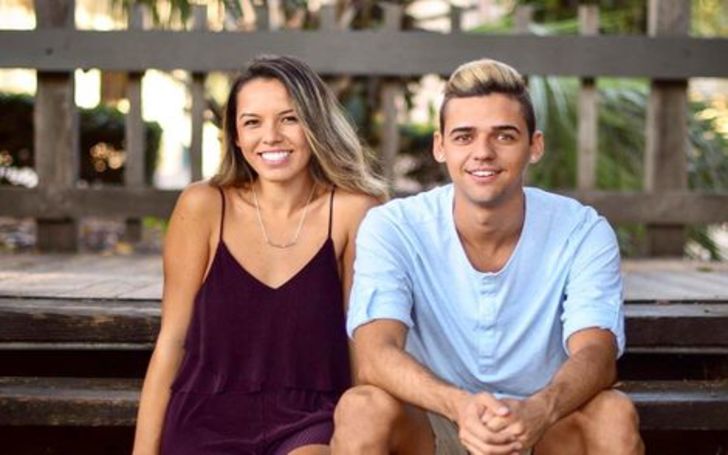 With relishing great flourishing career alongside a great loving partner, what’s not to like for the OANN news anchor, Chloe Salsameda who is lucky in love with her boyfriend of years.

Salsameda is one of the well-known news presenters for One America News Network (OANN) where she has been working since 2017. But, who is the lucky dude who won her heart?

News presenter Chloe Salsameda is indeed blessed with the best. Her life is no less than a perfect movie. Well, Salsameda is in a loving relationship with her boyfriend of years, Reese Aaron who can be found as @reese.aaron on Instagram.

The two indeed went to the same college at San Diego State University where their romance was born. Chloe is also not shy to show off her adorable boyfriend on Instagram.

Salsameda and her boyfriend, however, are not engaged nor married yet. Apparently, the young love birds don’t want to rush their relationship into any big moves. Hopefully, their romance will see a future of togetherness.

What Is Chloe Salsameda’s Net Worth?

Chloe Salsameda has been quite successful with her career in consideration of the fact that she was accepted a job at One America News Network (OANN) after her graduation.

But, in the beginning, she struggled like anyone. She previously interned at Pacific San Diego Magazine, Pura Vida Bracelets, and San Diego City Beat Magazine before she finally landed a job at OANN.

And from working as a writer and producer by bringing important national news to being promoted as a news presenter with her own show, Salsameda proved that with hard work, one can achieve anything.