Is Alice Cooper Guitarist, Nita Strauss Allegedly Dating Someone? Exclusive Details On Her Boyfriend, Career, And Net Worth! 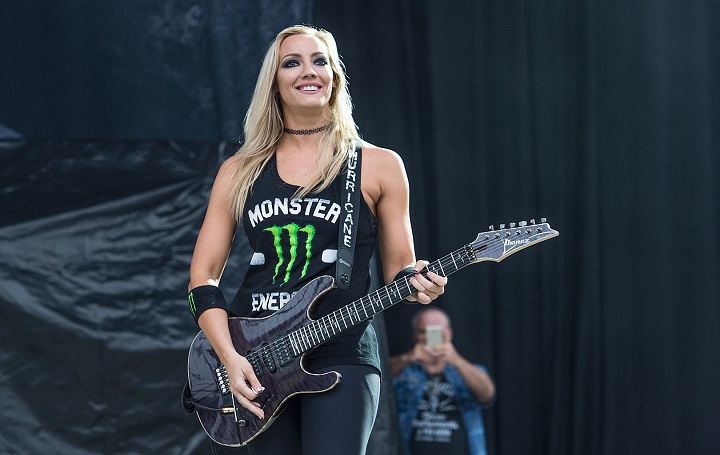 If you love rock metal music, you must be familiar with the guitar shredder for the Alice Cooper band. Have you got the image already? If not, we are talking about an American female guitarist, Nita Strauss.

Nita Strauss is popular for her work with all-female tribute band ‘The Iron Maidens.’ She was once ranked as number 1 on the list published by Guitar World named ’10 Female Guitar Players You Should Know.’ Many fans admire her work and want to know about her personal life including her boyfriend, career, and net worth. If you also wish to know more about her, then you are in the right place.

Has Nita Strauss Found A Boyfriend In Her Life? Know Her Dating Affair; Nita Strauss Married life with Husband

Looking at her Instagram and Facebook post, it is hard to say that she has no boyfriend in her life. It seems like she has found her love and constantly dating him since long years ago. But who is the lucky guy?

It is possible that Nita is dating a guy named Josh Villalta. They spend their time together a lot, and Nita often mentions him as her king and love of life.

Nita has even expressed her feelings to Josh and said “I Love You” in one of the photos on Instagram. Such statement compels us to say that Josh is her boyfriend and she is secretly dating him.

My @thejoshv has been absolutely killing it lately… so proud of his hard work and accomplishments, seeing everything he has put so much time into starting to come to life and watching his new ideas as they unfold… and this is only the beginning ❤️ His passion and ability to make things happen always amazes me!! Here we are on the Rocky steps in Philly a couple weeks ago… perfect time to say- Yo Adrian, WE DID IT!! I love you and can’t wait to see you in 2 days ❤️

You can guess about their relationship by looking at these pictures. Don’t you think Josh is a perfect boyfriend for Nita? If they are, then they must be dating each other long years ago. But yet, she has never announced the name of her boyfriend to the public.

We hope she will talk about her dating life once in the coming days.

Born on 7 December 1986 in Los Angeles, California, Nita Strauss is an American guitarist. Her father is also a musician.

Nita started playing heavy metal guitar at the age of 13. In the early career, she toured with a Los Angeles-based band called ‘As Blood Runs Black.’ She performed with Jermaine Jackson at the time. Nita also worked for Michael Jackson’s band in Africa in 2010. In 2011, she received an invitation from Iron Maiden.

Nita replaced Orianthi in the Alice Cooper band in June 2014 which gave her a large platform. In Docker’s Guild album titled ‘The Heisenberg Diaries – Book A: Sounds of Future Past,’ Strauss was the main guitarist on seven songs. The album was released on 21 January 2016. 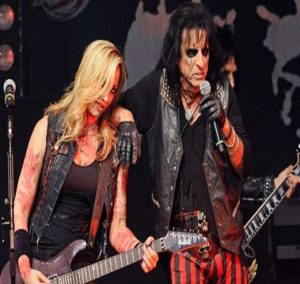 Strauss has launched a new all-female group band called ‘WE START WARS.’ In an interview she said:

I’ve been wanting to be in this exact band since I started playing guitar, and after over a year of putting this together and auditioning musicians, finally ended up with an amazingly talented, hard-working and driven group of girls. I truly couldn’t be more proud of how these songs are coming out

She has recently released a solo single titled “Pandemonium.” Her boyfriend, Josh Villalta has worked alongside her on drums. Strauss has successfully made her name with THE IRON MAIDENS, LA Kiss, and FEMME FATALE.

As a guitarist and songwriter, Nita has earned an enormous amount of money in her life. But she has not provided an exact value of her net worth yet. But some sources have supposed  Nita’s net worth to be around 20 million.