Skip to content
Home » Entertainment » Nina Blackwood Turned Lesbian After Divorce With Husband, Who Is Her New Partner?

Nina Blackwood Turned Lesbian After Divorce With Husband, Who Is Her New Partner? 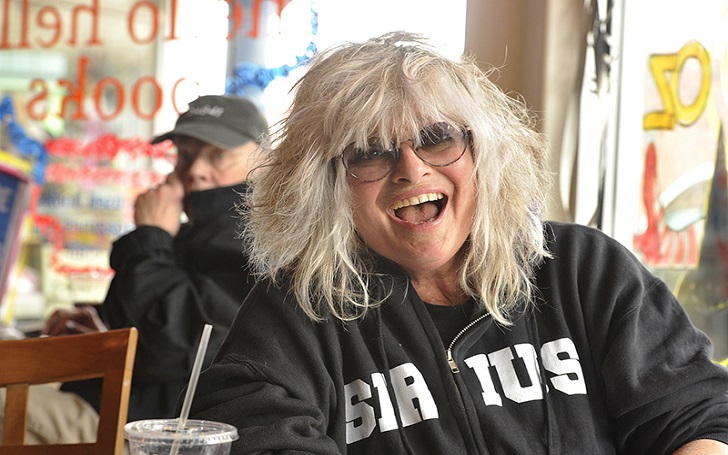 The trend of gay and lesbian has been prevalent among Hollywood celebrities. When do people realize that their sexual orientation is not what they have been claiming it to be? It mostly happens when a person goes through puberty.

Does it have to go through the same pattern in all people’s cases? Guess not! Nina Blackwood has been dating a lesbian partner after divorcing her husband of four years. So how is her love life as of now, get the details below.

Who Exactly Is Nina Blackwood Dating?

Nina Blackwood is dating stage actor, Kelly Vincent whose sexuality is lesbian. The news of their affair is not official though the fact that she embraces Kelly’s presence in her life is the proof that Nina is in love with her.

Kelly’s name was mentioned in the acknowledgment section of Nina’s book “VJ: The Unplugged Adventures of MTV’s First Wave.” She has written a sentence about Kelly. It reads:

Kelly Vincent, for making my life meaningful, I love you eternally.

Nina separated from her husband in 1991 with whom she was together for four years. There has not been any news of Nina having a boyfriend after her divorce or in between the period of seeing Kelly. Maybe she always preferred women as her partners but did not want the world to know about it.

The brief stay with her husband and not much of information about them as a couple signifies the base on how their relationship may have been. It would have been hard for her to be what she was not. Nina, however, has come forward as what she believes in and is trying her best to stay positive with her partner.

Nina Blackwood Then And Now! How Has She Transformed?

Out of the five original MTV VJs, Nina Blackwood was one of them. The generalization of VJs that they’re open and extrovert did not apply to Nina as she was shy and did not express much in real life. Mark Goodman, her fellow original MTV VJ talked about Nina’s shyness that he witnessed himself.

It was one of the events he talks about when the fellow VJs organized a farewell party for her. In 1986, Nina’s contract in MTV was not renewed so, she left the channel. Goodman had hired a male dancer to perform for Nina. He explains what happened about that in his own words:

“She was always very, very shy. When this guy appeared in front of Nina in a thong, she became totally terrified. She was so embarrassed she just ran out of the party,”

“That was me being a pain in the ass. She’s really a flower, very sweet, somebody who doesn’t want to make waves. I think that was one of her strengths on TV, her sweetness came through.”

What became of the shy woman? We can presume by the action of her dating Kelly that she does not let her shyness get her when needed.

Nina was born in 1995, September in Massachusetts. She appeared nude in the Playboy Pictorial in 1978. She studied acting at the Strasberg Institute after she moved to California.

She has hosted the Rock Report for Entertainment Tonight and also did the hosting in radio programs like Nina Blackwood’s Absolutely ’80s, New Wave Nation, The 80s on 8, and The Big ’80s Top 40 Countdown.

She also starred in movies like Vice Squad, Ratboy, Reckless Kelly, Number One Fan, I Crave Rock & Roll, and Citizens Nina Blackwood, 61, now lives in Maine. She has an estimated net worth of $500 thousand.