Is Nikkie de Jager Dating someone after her Breakup? Know her Net Worth, Earnings, and Career 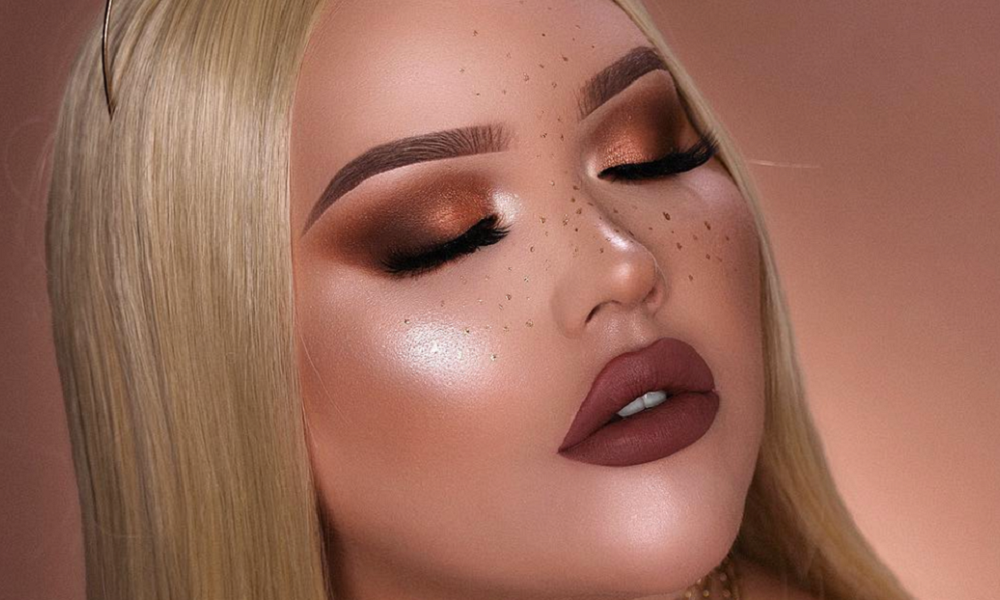 Nikkie de Jager or simply known as Nikkie Tutorials is a Dutch beauty vlogger and makeup artist. She came into the spotlight back in 2015 after her YouTube makeup video titled “The Power of Makeup” went viral.

Nikkie is also famous for inspiring millions of people showing their faces with and without makeup. As of now (July 2018), her YouTuvbe has over 821 million total views with over 10 million subscribers. Well, you might be familiar with Nikke’s professional career, but how many of you do know about her personal life? So, is Nikkie de Jager dating someone after she accused her boyfriend of cheating? Are they back together?

Is Nikkie de Jager Dating someone after her Breakup?

You know, Nikke de Jager who has won millions of hearts through her incredible makeup skills has now made people more curious about her current relationship status. As Nikkie is quite secretive about her personal life, does not share much about her personal information after her breakup.

Previously, Nikke confirmed that she and her long-term boyfriend, Rick has decided to get apart. After breaking up with Rick, Nikkie has been leading a single life for a while now. And after the breakup with her ex-boyfriend, people are quite curious to know about her next step. But for now, she remains completely silent and mysterious about her private life.

In one of the tweets, Nikkie claimed that she does not like to talk much about her personal life but wants to let her fans know that she is completely single. She furthermore added that even after the breakup, she still remains the best friend to her ex-boyfriend and is much excited for the new chapter of her life.

you guys know I don’t like to talk about personal life too much, but I do want to let you know that I’ve been single for a while now 💖 don’t worry, still the best of friends and I’m excited for this new chapter in my life!

Nikkie posted about her relationship failure with her ex-boyfriend months after she knew that her boyfriend was cheating on her. Even after such cheating allegations, the couple remains the best of friends.

As Nikkie is secretive about her current relationship affairs, several reports confirmed that she is single and is not involved in any kind of relationship. It looks like Nikkie is completely focusing on her professional career and might be feeling hard to move on from her breakup.

How much is Nikkie de Jager’s Net Worth? Know her Income, Earnings, and Career

24 years old Nikkie de Jager came into the highlight in 2015 for her YouTube video “The Power of Makeup.” The video went viral and is even now gaining huge attention for her countless videos of people showing their face without and with makeup.

Even it’s been a couple of years that Nikkie started her professional career, but has already won millions of hearts and has been earning a decent amount of money. The social media personality till the date did not reveal much information about her net worth.

While surfing around Nikke de Jager’s net worth, sources claim that her net worth is estimated to be around $1 million. There is no doubt that her YouTube has helped her to the maximum to build up such a high figure of net worth.

Nikkie de Jager is a millionaire as she has an estimated total worth of $6 million as of 2019.

Nikkie also grabbed huge attention after Forbes magazine listed her as one of the top ten beauty influencers back in 2017. In the same year, she also won “YouTube Guru” award for “Choice Fashion/Beauty Web Star” at the Teen Choice Awards.

Nikke has also worked in collaboration with beauty brands like Maybelline, Ofra, and Too Faced. All those advertisements and endorsements might have helped her to add an extra fortune to her net worth.

As Nikkie is still active in the field, no doubt, her net worth will get higher in the coming days.

Recently, Nikkie de Jager shared how her makeup-free video made her a millionaire. The video was shared in May 2015 that changed everything for her. Early this year, she was named Marc Jacobs‘ adviser.  She was even listed among Forbes Top Influencers in 2017.