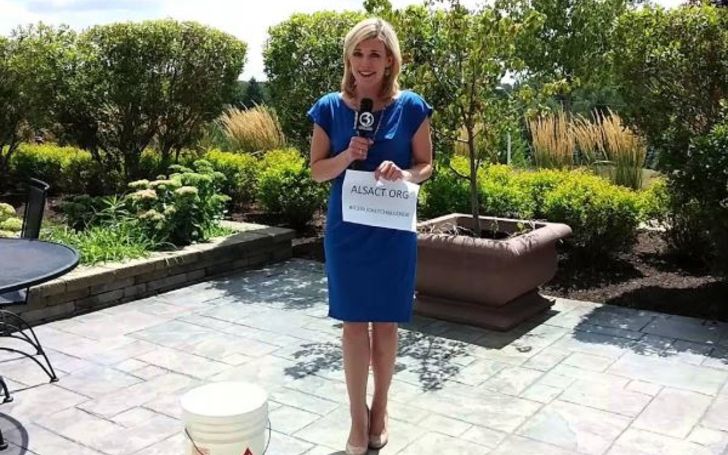 The WFSB Eyewitness News, Virtual Channel 3 has provided viewers with their daily dosage of information for several years. This job is all well-done thanks to the staff that takes their jobs seriously day and night. One such traffic and American news anchor is Nicole Nalepa.

Nicole has highly contributed to the media to this day. One of her notable works is her on-scene live session during the manhunt of the Boston Marathon bombing. This coverage led to an Emmy Winning news.

Let’s Take a Peek into Her Personal Life

Nicole Nalepa has a peaceful and well-balanced professional and personal life despite her hectic schedule. She proves that no level of professionalism can hinder the quality of family life if given a chance.

So, is she married? Yes, the beautiful anchor is married to Andrew Balise. The two sweethearts came to know each other during their mutual association with the WWLP network situated in Chicopee, Massachusetts. They soon became friends and started harboring romantic feelings for each other.

Finally, the couple marched onto the dawn of their relationship on December 2014. The pair got engaged and peacefully waited for the day of the holy knot. The day finally came upon the duo two years after the engagement. Nicole walked down the aisle with her husband in 2016.

Well, it has been three years since the couple took their vows. Nicole shared the beautiful news of her three years anniversary this year on the 24th of September on Instagram. The post is both hilarious and heart-warming.

With the photo, Nicole thanked her husband for all the years of togetherness and also mentioned Andrew as her parenting and life partner.

To this day, the devoted couple has never looked back since. They also have a pet dog called Ringo. The cute little furball makes his appearance on several of Nicole’s social media posts.

Nicole And Andrew Blessed With a Child

What could possibly be more joyful to a couple than welcoming their third member? Nicole and Andrew got to experience this joy in early 2019 when the anchor decided to reveal her pregnancy news to the world. The couple agreed on keeping their baby’s sex unknown until the birth.

Nicole had something interesting up her sleeves when it came to the time of revealing the news to her mother. The whole dramatic moment is captured on a camera. Nalepa handed a “Liberty Bank Surprise Squad box” to her mother which had a poem written on it. The box revealed the news to the future-grandmother with a crocheted flip-flops for the newborn.

Eventually, the couple welcomed their baby boy in March of 2019. The happy news was also shared on EyeWitness News 3 congratulating the new mother and father.

Nicole being the strong woman herself, returned to her work on September of 2019 with an infant left to care at home. Now that is the dedication to your craft!

Nicole’s Net Worth and Career

Nicole Nalepa has an estimated net worth of $1 million. Talking about her career, she started her journey with the WFSB Television network from December of 2013. Before her arrival in Connecticut, she spent several years of her career anchoring and reporting at WWLP, MA.

Asides from her professional line of work, she works as the board member for the Community Music School and spends most of her free time visiting schools, reading to students, and involving in charity affairs.

Be sure to check out TheCelesCloset for more celebrity news and entertainment.