After divorcing ex-husband, who is Nicole Curtis Dating? Know her Custody Feud, TV show, and Net Worth 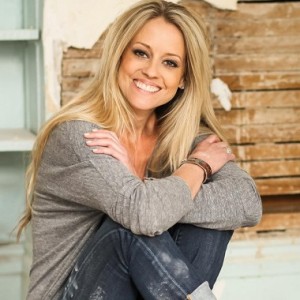 American host Nicole Curtis who came into the spotlight for appearing in ‘Rehab Addict,’ has been in the headlines for her relationship news and divorce issues with ex-husband. Rehab Addict is a show reshaping old houses and delegating renovation tactics. The show broadcast on DIY and HGTV, aiming people to grab an idea of house restoration or designing clues.

Speaking of Nicole Curtis’s current relationship status, she is a single mother managing time for her children and professional life. After divorcing Steve Lane, is Nicole Curtis dating someone? Has she been engaged? Has Nicole Curtis married again? Or, she is still a single mother, finding her blissful moments within her family? Let’s find out here right below:

After divorcing ex-husband, who is Nicole Curtis Dating now?

Nicole Curtis has not been married since her divorce with ex-husband Steve Lane. Moreover, she has not been linked to anyone. It looks like she is a single mother of two children, Ethan and Harper.

Nicole and Steve Lane parted their ways in 2009. They had a baby named Ethan in 1996. After the divorce, she is solely taking responsibility for Ethan. Nicole’s relationship with Ethan is robustly bonded, and it shows on most of her Instagram Post. Ethan also randomly appears in the Rehab Addict show.

Once, she posted a hilarious Facebook status on her pregnancy in that she is pregnant for the second time and also surrogating for a dog, Lucy. The latter statement was quite amusing for most of the people. Thoroughly, she cleared that acting as a surrogate was a joke but confirmed the former news.

Curtis happily confirmed the second pregnancy and gave birth to Harper during 2015. But, things did not go well between Nicole and Harper’s biological father Shane Maguire. He filed the case against her, blaming that she did not have enough time nurturing the baby.

In addition to the accusation game, Maguire even stated that he did not like the way Nicole breastfeed the child. Nicole has got the custody of the child, while Maguire is granted to visit Harper. However, the custody battle is still going on.

After school, she thought of taking an initiative course on law and even joined the college. However, she changed her mind, leading to enroll in an education course. Nicole dropped out of the college again and began commencing cleaning business on her own.

She also owns a real estate license. Before, starring in rehab addict, Nicole used to reconstruct old houses in Minneapolis. The renovation charged was budgeted by her pocket as she used to work in antique business amidst those periods.

Television show Rehab Show initiated its production when Magnetic production spotted Nicole’s real estate website. They offered her a framework for renovating a kitchen with modern appliances, while she desired in restoring old houses.

The production team was inspired by her works, so their concept converted into Rehab Addict. It emphasized in mobilizing and recycling unwanted scrapes into useful construction. The show aired firstly on the DIY network in 2014, followed by the fourth season in HGTV.

Her works primarily focus on homes prior to World War II and reconstruct them without demolishing their antique architecture.  She is not into modernizing house outlooks. Till now, she has renovated houses in Michigan, Ohio, and Minnesota.

Audiences are in awe of Curtis’s attempt to save old homes and memories. As a result, most of the people love to watch her show and learn to renovate design skills. She has attentively garnered a reputation from Rehab addict, crossing over hundred episodes.

Nicole Curtis has tried her best to keep her personal stuff out of the limelight. Though Curtis did not reveal the exact figure of her net worth, sources claim that Nicole Curtis’s net worth is somewhere between $5 million to $7 million.