Skip to content
Home » Entertainment » Who is Nicole Ari Parker Married To? Know About Her Wiki-Bio Including Parents, Net Worth, Ethnicity, Husband

Who is Nicole Ari Parker Married To? Know About Her Wiki-Bio Including Parents, Net Worth, Ethnicity, Husband 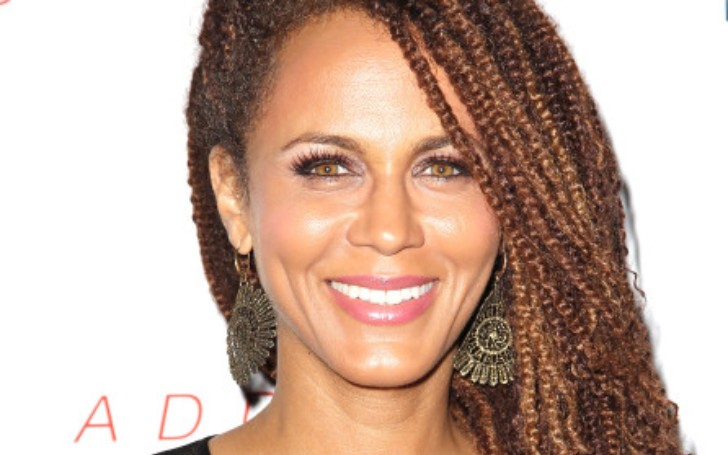 Nicole Ari is a household name in the world of TVs and big screens. She made her debut at the young age of 25 in the critically acclaimed movie The Incredibly True Adventure of Two Girls in Love (1995). And currently, at the age of 48, she is still going strong with a number of other films and shows alike.

But flipping aside her career, Nicole Ari has remained somewhat strange with her backstage life. So if you have been curious as to know more about Ari’s life besides acting, you have just made it to the right place. Here we will delve into more about Ari’s family (her husband and children), her career, net worth and many more.

How is Nicole Ari’s Married Life With Husband Boris Kdjoe and Her Children?

Talking about Nicole Ari’s married life, she has been married twice in her life. She first tied the knot with former actor husband Joseph Falasca but later parted with him in March of 2001.

As of now, Nicole is currently married to her Soul Food co-actor husband Boris Kodjoe. The couple exchanged their vows on 21st May in 2005. Their wedding took place Gundelfingen, Germany.

With Kodje, Parker gave birth to her first child daughter, Sophie Tei-Naaki Lee Kodjoe. Unfortunately for Parker and Kodjoe, their first child became sick with a rare disease called Spina Bifida(a condition in which the spine of the newborn isn’t formed properly). This led Sophie in need of catheterization every few hours.

But with every medication possible, Sophie is now very much lively than at the time of her birth.

Ari and Kodjoe welcomed their second child, a boy on 31st October in 2006. The couple named their son Nicolas Neruda Kodjoe. Parker, Kodjoe and their two children are all adherent followers of Christianity. As a matter of fact, the four never misses visiting the Cascade United Methodist Church when they are in Atlanta.

Nicole Ari’s Career and Net Worth

Early in her career, Nicole Ari appeared in several critically acclaimed films including The Incredibly True Adventure of Two Girls in Love, Boogie Nights, and The Adventures of Sebastian Cole.

Later, Parker landed her breakthrough role through the show, Soul Food.  She received five nominations in NAACP Image Award for Outstanding Actress in a Drama Series for her work on Soul Food.

As of 2017, she is adding in her prominence through her role in FOX hit series, Empire where she plays the character of Giselle Barker.

Recommended: Empire’s actress Taraji P. Henson Is Proud Of Her Son But Who is She Married To? Know Her Husband And Net worth Too

Nicole especially became more famous for Soul Food. And it was around this time that she added most to her fortune.

Also, she is still taking quite lucrative sums from her recent TV projects and more. So, what could be her net worth?

Well, she currently holds around $5 million as her total net worth. This, in turn, makes her as much rich as her husband, Kodjoe who is worth around $8 million.

Collectively, the husband and wife couple, Boris Kodjoe and Nicole Ari Parker, have $13 million as their combined net worth after taxes.

Nicole Ari happens to be the only child of her parents. She is the daughter of parents, mother Susan and father Donald Parker. Though not much about her ancestry is known as of yet.

Ari is usually seen in black cast movies most of the times. But unlike her on-screen race, her real-life ethnicity is quite confusing per se. Her incredibly light skin always makes people wonder if she is really all black.

Nevertheless, Nicole Ari Parker is often considered as a descendant from a mixed heritage of black and white from her father and mother respectively.