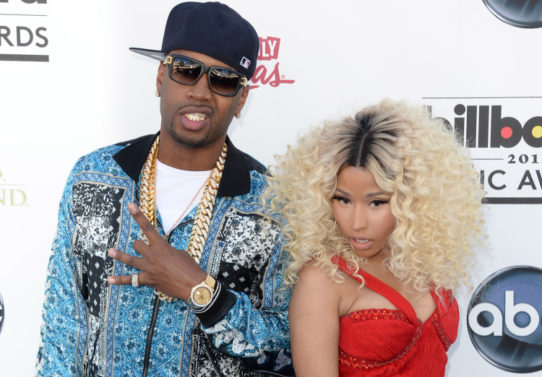 Safaree Samuels who is a rapper and reality star is mainly famous as a cast of the VH1 reality show, Love & Hip Hop: Hollywood. However, he is also familiar, as Nicki Minaj’s ex-boyfriend.

Recently, he faced the terror of being robbed and his head being pointed with a gun in New Jersey. Safaree Samuels recalled the incident saying:

“one of the worst, scariest nights of my life”

The robbery happened in Fort Lee early morning on 2nd of April this week. According to Safaree Samuels, two men ran up and had his face down on the ground with a gun to his head. Police said the accused wrap $183k in cash and jewelry. However, they have halted two suspects and charged them with robbery.

I’m not crying over lost jewelry, that’s material but being face and not knowing if you’re about to get shot in the back of your head is the most traumatic thing I’ve ever had to deal with.Thank God I’m still alive they want me broken but All they did was make a beast out of me!!

Now, let’s begin with Safaree Samuels dating affair and girlfriends. Also, be familiar with his net worth, career, age, bio, and wiki.

Safaree Samuels was previously in a romantic relationship with his former girlfriend, Nicki Minaj. She is a famous artist and rapper who is famous for her songs like Anaconda, Starships, Super bass, and many others.

Safaree and his ex-girlfriend, Minaj dated for nearly twelve years. They together were the most envied couple in the industry, but unfortunately, the couple broke up after a decade-long relationship.

Safaree Samuels is currently dating an American model, Star Divine. The couple made their relationship public on February 14.

His current girlfriend, Star posted a picture of them where Samuels was shirtless, and she was wearing lingerie. She captioned the photo saying:

However, the relationship between them couldn’t last even for a month as Star Divine breakup with her now ex-boyfriend after she found out that Safaree was cheating on her. She even gave away all of Safaree’s stuff which was in her possession.

Apart from them, Safaree Samuels had affairs with other women like Nikki Mudarris, Analicia Chaves, Zashia Santiago Sophia Bod, and Candice Brooks. Safaree Samuels also had rumors of dating Juju. However, they didn’t say a word about their relationship. Despite being in tons of relationships, his dating life with Nicki Minaj was people’s favorite. For now, he is unmarried and has no divorce records.

Safaree Samuels started his relationship with Erica Mena in 2018. After dating for months, the couple engaged in December 2018.

During the Christmas eve at Mena’s house in Atlanta, Samuel proposed her in front of friends and family. He offered him a giant diamond ring worth $175 thousand. Check out the video:

The proposal was complete with a serenade and the fireworks show. We hope to see them soon as husband and wife.

It seems the fiance-fiancee pair have now walked down the aisle to become Mr. and Mrs. Samuels. He and Erica Meena have not married yet, it seems as on a post on January 15, 2019, she was trying on her wedding dress so this means, her big day is yet to come.

Whatever it be, we will hear the wedding bells ring soon enough. As a matter of fact, Erica has already changed her Instagram name to Erica Mena Samuels.

Well, there’s another catch to their story; Erica and Safaree are gonna be parents. Yes, you heard that right!

On an October 14, 2019 post, Safaree took to her Instagram to show gratitude towards Erica for enduring all the pain for their unborn child. Oh, and they are going to bear a daughter together.

Another thing, Safaree and his partner have already married. Safaree took to his Instagram on 21st Jan 2020 to share a video showing their wedding ceremony.

The brilliant singer, Safaree Samuels apparently enjoys a net worth of $2 million. He possesses a house in Long Island, New York which costs thousands of dollars.

The net worth of Safaree is likely to upsurge in future due to his constant work in the music industry. Whereas,  Samuels’ ex-girlfriend, Nicki Minaj’s net worth is expected to be around $70 million.

Samuels was born on July 4, 1981. He grew up in Brooklyn, New York along with his with sisters, Shamika, and Samantha Samuels. He attended Midtown High School.

Safaree Samuels started his career in music from the group, ‘The Hoodstars’ which was formed in 2000 with rappers like Lou$tar, Nicki Minaj, and Seven Up. However, the group soon scattered. Samuels worked as a writer for Nicki Minaj’s debut studio album, Pink Friday’s single “Did It On’em.”

He wrote about six songs in Minaj’s second album ‘Pink Friday: Roman. In 2005, Samuels also launched the mixtapes; It Is What It Is, and It Is What It Is, Vol. 2. In July 2006, he released his new mixtape titled ‘Real Yard Vibes.’

Furthermore, Samuels was also one of the casts of the VH1 reality show, Love & Hip Hop: Hollywood‘s third season. Samuels competed in the first season of VH1’s Scared Famous in 2017. He won the Blue & Bougie Impact Award in February 2018.

At the age of 36, Safaree Samuels is a star of the music industry. Belonging to Black ethnicity, Samuels holds American citizenship. He also has Jamaican descent. His birth sign is Cancer.

Moreover, Samuel weighs around 81 kg and has an average tall height. His height measures 6 feet long. Samuel likes tattoos and has tattoos all over his arms and chest.

He is also very fond of jewelry. He currently has around 1.4 million followers on Instagram and 192k followers on Twitter.