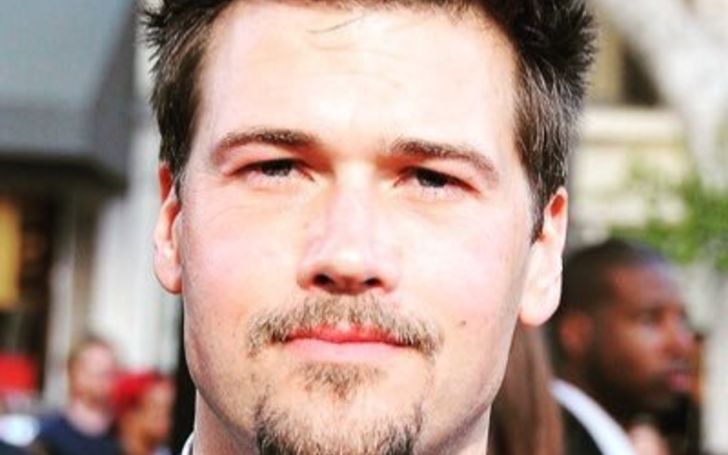 Nick Zano a versatile and talented actor who has been in a number of relationships, affairs in the past, finally decided to settle with a beautiful Canadian actress.

Nick Zano is an actor who portrays the role of Vince in the series What I Like About You and was a frequent star on the television series Melrose Place. Do his fans want to know about Who Nick Zano is dating? Do they share any children? Are there any plans for marriage? To find out read the article below.

Who Is Nick Zano Dating? Do They Share Children Together?

Nick Zano is in a romantic relationship with actress Leah Renee Cudmore. She is a Canadian actress and a singer. The Duo has managed to keep things about them pretty low-profile. Questions regarding where and how the couple started dating and for how long they are going out together is still undisclosed.

However, the couple is yet to tie the knot. The pair shares a son and daughter together.

Renee gave birth to her first child in July 2016. The lovebirds stay together with their two years baby boy and jointly fulfills their responsibility of parents.

One day it happens… voilá he has opinions…

Recently, In late 2018, the pair welcomed a new member in their family, this time a daughter. According to Nick’s Instagram, it was a very stressful/risky pregnancy for both mother and daughter. Despite the risky and stressful delivery both mother and child were healthy, happy and loved after 3 months.

I’m not in tonight’s episode and there’s a valid reason behind it… Three months ago Leah gave birth to our second baby… She had a very complicated/stressful pregnancy that she handled with total strength and grace. Very long story internet short, our baby came into this world and went straight into the NICU (neonatal intensive care unit)… About 24 hours after arriving she needed a life saving surgery, one that required her to fight through 9 hours of surgery then another 2 hour emergency procedure after that surgery. She was a day old. We almost lost her in front of us but this baby girl is pure warrior queen and fought every single day. She spent little over a month in the NICU at #BCChildrensHospital where a team and I mean a literal team of extraordinary minds worked together daily to keep her alive. We are forever grateful to our surgeon Dr. Baird and the kindest, most caring, beautiful nursing staff that saw all of us at our worst and eventually at our best. Family, friends and our doula JoJo… Taking time off a tv show isn’t as easy as it sounds and there are so many moving parts in order to do so, if it weren’t for @gberlanti & @phil.klemmer being great human beings and family men themselves this experience could have been much different for my family. So I wanted to take this opportunity to thank Greg & Phil, thank my cast mates(slash)siblings for picking up scenes and losing days off, our production team piecing together the schedules and my crew for caring so much #Legendsfamily … Leah would ask me “are you hiding our daughter from the world?” The answer is obviously no but I had FEAR… She has been doing so well in recovery I was afraid of changing ANYTHING in the slightest way, including sharing her arrival… Today I decided to let fear go. She’s happy, healthy and loved. Welcome (3 months late) to the world baby girl.

If you haven’t seen the pictures of the cute babies of Nick and Renee yet, we suggest you visit Nick’s Instagram account where he has posted beautiful pictures of wife and children.

It’s proof that the pair is already happy and strong going, but the fans are still eagerly waiting for them, to start a martial relationship together and enjoy a formal bond.

Nick Zano is a handsome guy and has dated several women in the past. In 2003, Nick was having an affair with an American actress Amanda Bynes. The couple broke up in 2004.

Also Read: How much is Jesse Luken net worth?

After the breakup, Nick was romantically linked with his friend Kendal Sheppard. But, they were not involved in anything serious.

In 2005, He shared a romantic relationship with Canadian TV personality Rachel Perry and separated in 2006 after a year of being together.

Again, in 2006, Nick romantically involved with an American TV personality, fashion designer, Actress Kristin Cavallari. Consequently, The thing didn’t work out between them either and they broke up.  He had an affair with a beautiful actress Haylie Duff with whom he shared three years.

In 2011, Nick started dating actress Kat Dennings until 2014. He did date several ladies in the past. However, Nick is currently happy with the present partner Leah Renee Cudmore and focused on developing a strong bond together.

Net Worth Of Nick Zano

Nick Zano has a net worth of $3 million as of 2019. He has accumulated this amount of fortune from his works as an actor in various famous television series and movies as well as the projects he produced.

His earnings also count from the band endorsements. Likewise, photo shoots have also contributed to an increase in his net worth.

Nick purchased a house in Toluca Lake, California(USA) on June 6, 2008. The actor purchased the house for a whopping $1.75 million.

Recently in January 2018, Nick Zano bought a house in Calabasas, California for a price of $1.568 million. The house is made on 2206 square feet of land and has 3 bedrooms, 3 bathrooms, and even a recording studio.