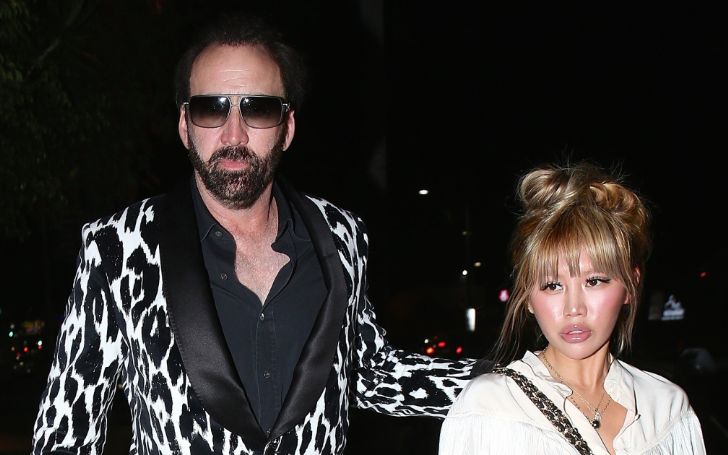 The Rage star Nicholas Cage has filed for the revocation of his marriage just four days after tying the knot with his girlfriend Erika Koike. And the reason is not what you would expect!

The Stolen alum filed for the annulment of the wedding on Wednesday and says he was intoxicated during the time of their wedlock.

According to the court documents obtained by US Weekly, Cage said  that he “lacked the understanding of his actions in marrying Koike to the extent that he was incapable of agreeing to the marriage.”

Prior to obtaining a marriage license and participating in a marriage ceremony, they were both drinking to the point of intoxication.

The documents further claimed that the intoxication level of both the parties acted as a way for their unintended marriage. When Koike suggested for a marriage, Nicholas acted on impulse and with no ability to know, to understand what his actions would mean, he got married.

The papers also alleged Koike of not disclosing the full nature and extent of her relationship with “another person”.

The duo is together since last April and applied for a marriage licence on Saturday in Las Vegas. Following this, Nicholas Cage filed for a revocation of their marriage just four days later.

TMZ adds, the judge in Clark County Nevada granted their divorce on May 31. As for June 2019, Cage claimed the union was based on fraud, because Koike hide her criminal history and her relationship with another person.

There appears to be issues with the union almost immediately and hours following the wedding, which took place on 23rd March. The duo were spotted fighting outside the Bellagio Hotel.

Koike later opposed Nichola’s wish to annul their wedding and made a claim for spousal support. It was claimed that Cage was unable to get the annulment however managed to get a quick divorce. Yet it is unclear whether Koike was provided the spousal suppoort she wanted.

Nicholas Kim Coppola has been married four times now. First, he walked down the aisle with his first wife Patricia Arquette in 1995 and later divorced in 2001.

Following their divorce, Nicholas again tied the knot with his second wife, Lisa Marie Presley in 2002. Though they seemed happy, the duo separated two years later in 2004.

Alice Kim Cage was Cage’s third wife! The couple hitched in 2004 however, they separated as well.

Cage has two children from his marriage. Both of them are sons, Weston Cage and Kal-El Coppola Cage.