Skip to content
Home » Entertainment » Jamie Lynn Sigler is Pregnant with her second child!!-shows off her baby bump in LBD

Jamie Lynn Sigler is Pregnant with her second child!!-shows off her baby bump in LBD 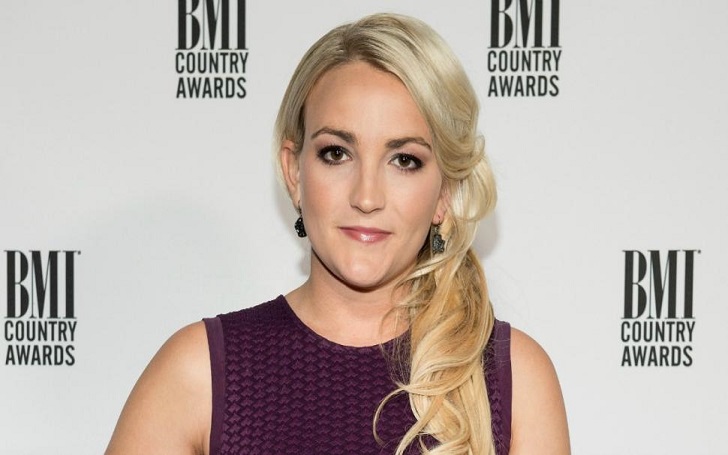 The Sopranos star Jamie Lynn Sigler, 36, announced that she is pregnant and expecting her second child with her husband, Cutter Dykstra on Tuesday.

She was seen enjoying a beautiful sunny day in Los Angeles. She wore a Black LBD showing off her baby bump along with white tennis shoes.

She shared the news of her pregnancy via Instagram on Tuesday, July 18 where she could be seen with five positive pregnancy tests. She captioned:

This is the actual pic I sent my husband this past Mother’s Day while lying on the bathroom floor. I had just returned from Israel, was jet lagged, and didn’t believe my eyes. So had to obviously be @Clearblue 5x over sure. We are SO excited to announce the #ClearblueConfirmed arrival of another little one in just a few short months 😁👼🏼❤ #clearbluepartner

Jamie and Cutter have been together since 2012 and married since January 2016. At the age of 20, she suffered from MS and publicly spoken about her battle with the disease and opened up about her fear of the disease affecting her ability to get pregnant. In an interview, she said;

‘In the back of my mind, I was worried about if my medical problems would interfere with getting pregnant.’
‘But within the first month, we found out we were!’

According to Daily Mail, in an interview, she said;

‘It’s a beautiful miracle. Your symptoms can get a lot quieter [during that time]. It’s a wonderful thing. I can only speak for me, but when I was pregnant, I was hiking with my dog, and those are things that I don’t do now.’

“So, it is a lovely thing that happens for women. My doctor has never said “get knocked up again,” [but] it’s just something you can look forward to when it happens.”

Many Congratulation to the couple!!!

Finally, the happy news is here. Spears gave birth to her second child, a son. She revealed the news on 16 January 2018 through her Instagram.

He’s here. Jack Adam Dykstra we will talk about your tardiness eventually, but for now we’ve got a lot of love to give. Thanks to my besties for helping me laugh and smile and to my husband for just being my rock.

She expressed her happiness through the online site as she held her newborn baby in her arms. The name of the couple’s son is Jack Adam Dykstra and he is already 1 years old.