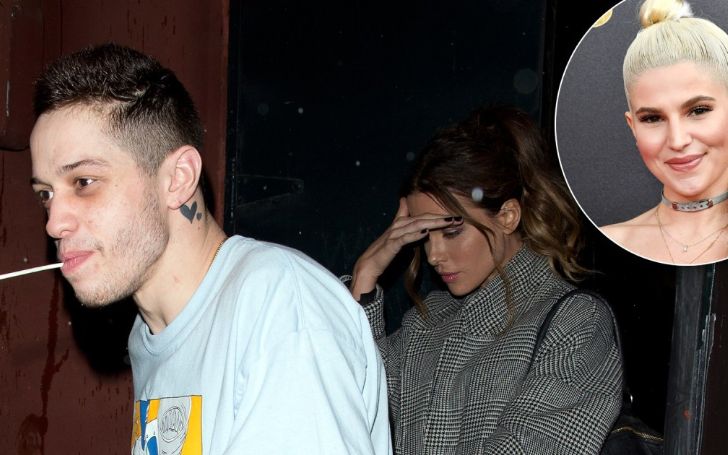 Pete Davidson moved on from his ex-girlfriend, Ariana Grande, rather quickly.

The Underworld actress, Kate Beckinsale is enjoying her time with her young toyboy, Pete Davidson, reports suggests. The latest couple is very much into each other, months after sparking dating rumors.

A close source to Kate told US Weekly Magazine exclusively,

“Kate is so into Pete and has been telling all her friends about him.”

Not only that the source also claimed how much the 45-year-old actress loves hanging out with the 25-year-old comedian. The source further added,

“They have great chemistry, and she loves hanging out with him whenever they get the chance to. She has such a fun, young, loving personality and is happy with him.”

Pete and Kate first started dating a few months earlier at the Golden Globes afterparties. Many onlookers suggested the pair was getting quite flirty.

An insider from the afterparty divulged,

“She was following him around a bit and waiting for him. People approached her and she didn’t want to talk to anyone else. … It definitely seemed like Kate was interested in him.”

Soon after their short flirty session at the afterparty, the couple held hands while leaving the Lago Bar in Los Angeles. A close source claimed how much Kate likes him as she is into younger guys who can make her laugh.

Well, everyone likes a funny guy, isn’t it!

But don’t count on their romance to blossom to something else as Pete thinks they’re both in the opposite coasts, despite the fact that he thinks she’s cool.

Now many of you might be wondering what is the reaction of Pete’s ex-girlfriend, Ariana Grande after his new profound dating interest is out. Well, at the moment, she is not bothered at all.

Just earlier this month, she called the new couple, ‘Cute.’