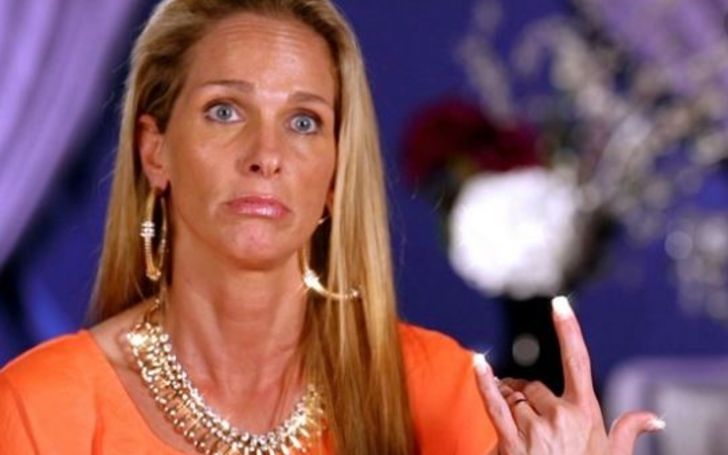 Reality show star Nettie Stanley is prominent for her appearance in the reality series, Gypsy Sisters alongside her siblings. Her first television appearance was in My Big Fat Gypsy Wedding.

Over the years, Nettie accumulated quite a fandom on social media and television. She was born on the 10th of July, 1974. She’s already 45 so, she should have had a marital affair, right? Well, she had! Let’s look into it for more details.

Celebrity Nettie is currently in a happily married relationship with husband Huey Stanley. The two exchanged their vows on the 6th of November, 2004. Their marriage details are not clearly found but the lovebirds have been together for almost a decade now.

In 2014, the couple rejuvenated their marital bonds by retaking the vows on the occasion of their tenth anniversary. The ceremony was held in front of their loved ones.

Nettie and Huey share two children together. They have two daughters, Nukie Small and Dallas Williams. The family has been through several tough times but as they say, the bond of love overcomes all blemishes.

Although Stanley enjoys a happy marital status now, she went through several bumps before this. Her first marriage goes back to her teenage years. She eloped with some guy named JR and had kids. She has still kept the identity of the man hidden but the relationship ended after a few years of togetherness.

Moving on, the celebrity found another man to her liking. She married her second anonymous husband. The relationship too ended with unknown reasons. From her previous two husbands, Nettie has seven children under her wing. The names are Heath, Albert, Huey, late Destiny, Chastitie, Sheila, and Kat.

Asides from her first two relationships crumbling down, Nettie had to go through several problems on her journey. In 2004, Nettie’s mother Lottie got herself caught in bank fraud. The news was saddening enough when Lottie and her husband Aaron Telke were arrested for abducting their own grandkids. Talk about a bad day!

Following the problem, the star’s sister Joann Wells was arrested for a scam of $10,000. Talking about sibling issues, her another sister Mellie Stanley is a stripper by profession and Nettie does not approve her sister’s choices.

The most heartwrenching incident Nettie had to go through was the death of her stepson, Rocky. The boy was only 22 at the time of his death. So what was the cause? As it happens, the boy got stabbed to death over a petty reason involving a basketball game.

Also, the show that rose Nettie to her career and popularity heights got canceled due to low ratings. This left the reality star with a hell lot of time on her hands and a profession of a housewife.

Nettie Stanley enjoys an estimated net worth of $400 thousand all thanks to her profession as a television celebrity. Her popularity and fan following helped her in accumulating the wealth she enjoys now. She appeared in three seasons of Gypsy Sisters with her other siblings.

Stanley has a lavish lifestyle that is visible via her social media posts and lifestyle snips. In May of 2018, the actress posted a picture of her new ride.

The SUV was Range Rover and her caption mentioned her happiness level. She also posts her holiday snaps on her Instagram. Considering the fact that, she has nine children to feed, we can assume that the star has a handsome salary transaction.