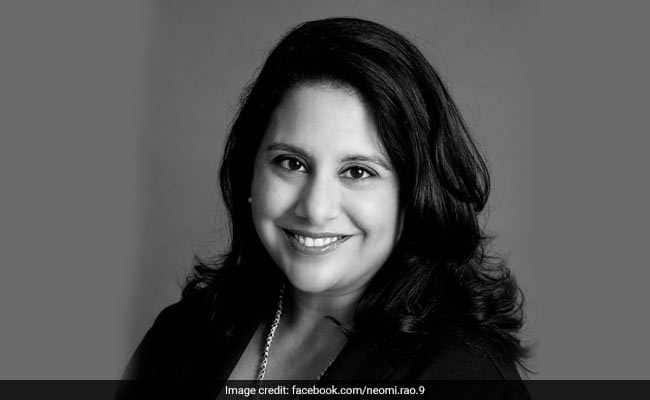 Neomi Rao is an American attorney, former professor as well as a government official. She currently serves as an administrator for the Office of the Information and Regulatory Affairs. Initially, she was a Clerk for Clarence Thomas from 2001 to 2002. She also worked in the White House counsel’s office.

Neomi was also an associate professor of law and served at George Mason University’s Antonin Scalia Law School. Her research and teaching mainly focused on constitutional and administrative law.

President Donald Trump recently nominated her to be a federal judge, her lifetime appointment.

Recently, Donald Trump declared that he would choose Neomi to fill the seat vacated by Brett Kavanaugh on the D.C. Circuit Court of Appeals. The announcement was made on 13th November 2018 at the White House celebration of the Indian Holiday Diwali.

Since the announcement, people have become curious to know about Neomi Rao husband and children. Also, get to know Neomi Rao age and her educational details. Today, we’ll be exploring Neomi Rao wiki facts, bio, husband, children, age, and family.

Neomi is a married woman. She got married to her husband named, Alan Lefkowitz. Nothing much is known about Rao’s wedding and husband.

Neomi shares two adorable children with her husband. Both of them are daughters – Isabella and Ezra. Neomi lives happily with her husband and daughters together as a family. She is very protective of her personal affairs and maintains a low-profile married life.

Neomi Rao was born in the year 1973 in Bloomfield Hills, Michigan, USA. Her birthday falls on 22nd March, which makes her age 45. She possesses Indian-American ethnicity.

Neomi was born to her parents, Zerin Rao and Jehangir Narioshang Rao. Her parents were Parsi physicians from India.

She was raised in Bloomfield Hills where she attended Detroit Country Day School. She received her bachelor’s degree from Yate University in ethics, politics, economics, and philosophy.