Skip to content
Home » Entertainment » Is Nazanin Boniadi Dating Someone After Split with Tom Cruise and Riley Smith? Is She Married Secretly? Know Her Love Secrets!

Is Nazanin Boniadi Dating Someone After Split with Tom Cruise and Riley Smith? Is She Married Secretly? Know Her Love Secrets! 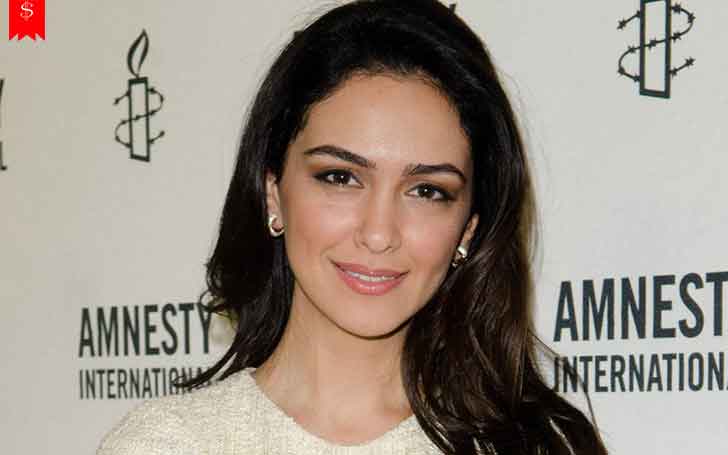 We never know what will happen in tomorrow. People want one thing, but time gives another thing. In teenage, we choose one field for making bright future, when we grow up, our desired occupation will change.Here we are talking about beautiful actress Nazanin Boniadi.

Yes, she is the one who left her own profession and moved to the entertainment field. Is not it a crazy thing? Let’s tal aboutk her dating life, boyfriend, and career.

Know Dating life of Nazanin with Boyfriend Tom! Are they  Split?

Nazanin Boniadi is rapidly making her name in both film and television. There are many rumors came out of her dating life.But she did not accept any of them. In 2012, an article in Vanity Fair revealed that she was in a relationship with actor Tom Cruise in 2004. Then they dated for about a year and got separated in 2005. There is no any Nazanin Boniadi split reason also no any news behind her engagement or marriage with boyfriend Tom.

On that time, she was a student of  Scientology church. When Tom was looking for a new girlfriend after break up with Nicole Kidman, he met a young Scientologist Nazanin Boniadi in new Scientology church in Madrid. On that place, he came for a documentary. Nazanin selected for the audition, and she played a role of Tom’s wife. During their audition process, the report says

Boniadi allegedly was told to lose her braces, her red highlights, and her boyfriend. According to a knowledgeable source, she was shown confidential auditing files of her boyfriend to expedite a breakup

Boniadi signed a confidentiality agreement and was told that if she “messed up” in any way she would be declared a Suppressive Person (a pariah and enemy of Scientology).

Is Nazanin Dating a new guy? Or get Married?

After an ended relationship with Tom, she left the Church of Scientology and continued to pursue her career as an actress. She changed her vocation from science and started pursuing acting in 2006. In 2013, another gossip came out; she has a new boyfriend named  Riley Smith, the couple encountered in 2013. In 2014, both appeared in the movie Shirin in Love. About their love life or relationship history not spoken yet. Also, separation news of this couple not mentioned. Again Nazanin Boniadi split with this guy also mysterious on her fan followings.

In recent days, neither her current relationship status said explicitly nor married status. Some month ago she posted a picture on her Instagram with a new a handsome guy. But this is not cleared that she single or back to dating. She is very secretive TV personality. Neither Nazanin Boniadi married news or link up news was published.

So glad these two lovely humans are in my life. Happy belated birthday @rolivek! You're aces! Xo

Know Nazanin  TV shows and Movies  along with her Awards

Since 2007 she was active in Tv and film industry. She gave many hit movies as well as Television shows with a recurring role on “General Hospital” and General Hospital: Night Shift. She also played supporting roles in several major Hollywood films such as Wilson’s War, Wilson’s War (2008) and The Next Three Days.

She also appears on the sixth season of the hit CBS sitcom How I Met Your Mother and reprised this role during the show’s seventh and ninth seasons. And she recently she is busy on Tv show Counterpart.

Still ❤ your performance in #Homeland. Hope you get more opportunities in tv & movies to show your talent. 😊

She was nominated for the first time, for Outstanding Actress in a Daytime Drama Series in 2008 for  NAACP Image Award. And also Boniadi received the 2011 Social Cinema Award at the Ischia Global Film & Music Festival. Also, she nominated in 2015  of SAG Award for the Outstanding Performance form Homeland (2011).

She was born on in Tehran, Iran, on 22 May 1980 and raised in London and moved to the U.S. to admit University. From the University of California Irvine, She finished her graduation, where she also completed a Bachelor’s Degree in Biological Sciences. Her ethnicity is Asian and belongs to Aryan descent with the nationality of English. As of now, Nazanin is 38 years of age.

Boniadi changed her career path from medicine and started acting in 2006. Her first popular acting role was as Leyla Mir on the Emmy Award-winning daytime drama General Hospital.

.During her career, she earns a name as well as fame. She has a good salary from every movie and TV series. The  Net Worth of Nazanin Boniadi’s estimated to be $2 Million.