Who Is Nate Burleson Wife? Explore His Net worth, Children, Height, Brothers, And Age 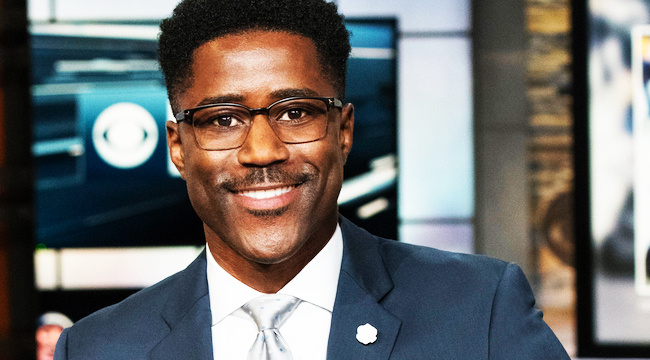 Nate Burleson is an American football commentator as well as a former wide receiver. He played college football for the Nevada Wolf Pack. Later, he was drafted into the National Football League by the Minnesota Vikings in the third round of the 2003 NFL Draft. Nate was also a member of the Seattle Seahawks and Detroit Lions. He is now working with NFL Network on Good Morning Football and CBS Sports on The NFL Today.

After the end of his football career, Nate began working as an analyst for the NFL Network. Currently, he juggles two television jobs, runs his clothing line called Lionblood, and helps his wife and maintain the hectic schedules of their children.

Are you interested to know who Nate Burleson wife is? Also, find the figure of Nate Burleson net worth. On the deck, we will explore Nate Burleson bio, wife, net worth, age, family, height, children, and siblings.

Read more: How much is Mary Lou Retton’ Net Worth?

Burleson is a married man who tied the knot with his longtime girlfriend, Atoya Burleson.

The couple has founded the C.A.T.C.H. Foundation where they host various events throughout the year like football camps and an annual softball game, whose mission statement is:

“To reach and teach children and their families by providing them with educational tools to succeed as well as enriching their lives by showing them how to care for others, themselves and their future.”

Nate was selected in the third round of NFL Draft by the Minnesota Vikings, the 71st overall pick in the year 2003. In NFL history, Nate is the only player to have three punts return of 90 or more yards.

Nate signed a seven-year, 49 million dollar offer sheet to play with his hometown Seattle Seahawks on 24th March 2006. During the NFL free agency period, he agreed to a five-year, 25 million dollar contract with the Detroit Lions on 5th March 2010. He even signed a one-year deal with the Cleveland Browns.

After his playing career ended in the year 2014, Nate began working as an analyst for the NFL Network. He was even a member of the Detroit Lions preseason broadcast team as a color commentator for the Detroit Lions Television Network.

Nate Burleson was born in the year 1981 in Calgary, Alberta, Canada. His birthday falls on 19th August, which makes his age 37. He belongs to Afro-Canadian ethnicity and has a decent height of 6 feet.