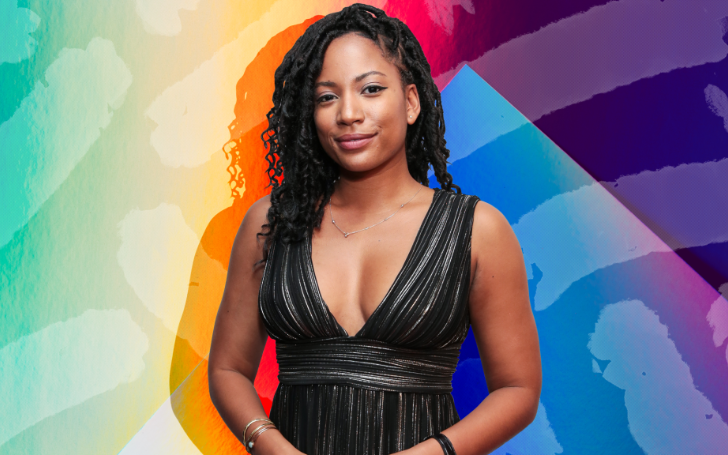 Many of you may have known that Natalie Paul is an American actress, who rose to fame after portraying the role of Antoinette in the movie ‘Crown Heights’ (2017). Because of her performance in the movie, she was nominated for a 2018 NAACP Image Award for Outstanding Actress in a motion picture. So below we provide you all the information about the American actress.

The actress has not disclosed any information regarding her early life, family, and education. But according to some media outlets, she was born to Haitian descent parents, where, on 14 August every year, she celebrates her birthday.

The Snippet of Natalie Paul
Image Source: Net Worth Post

And for her education, she graduated from Yale University with a B.A. degree. From the New York University Tisch School of the Arts Graduate Acting Program, she gained an MFA.

From that movie, she rose to fame, gaining the Audience Award at the Sundance Film Festival. In the same year, she appeared with the role of Sandra Washington in TV series ‘The Deuce’. In 2018, she featured the role of Heather Novack in ‘The Sinner’. Later in 2019, Natalie Paul appeared in repeating roles in ‘Mr. Merceded’, and in ‘The Blacklist’.

You can also find Natalie Paul in the HBO show ‘Random Acts of Flyness’, as portraying the supporting role. She has also featured the role of Karen Minty in ‘You’, an American psychological thriller TV series which was aired in 2018. Her other awesome projects are ‘The Sinner’, ‘Delivered’, ‘Watch Room’, ‘Piu Piu’, and many more.

As for now, Natalie Paul is single
Image Source: IMDb

Talking about her social media, she is quite active on Instagram, where you can also grab some information regarding her private life. Besides Instagram, she isn’t active in any others.

Natalie Paul is an American actress, who rose to fame after portraying the role of Antoinette in the movie ‘Crown Heights’ (2017). The actress who has played in many movies has woned both the awards and hearts of many people.

The beautiful actress hasn’t shared any information regarding her net worth to the media. But we know that she has gained more money through her movies and surely she will appear in the upcoming years.