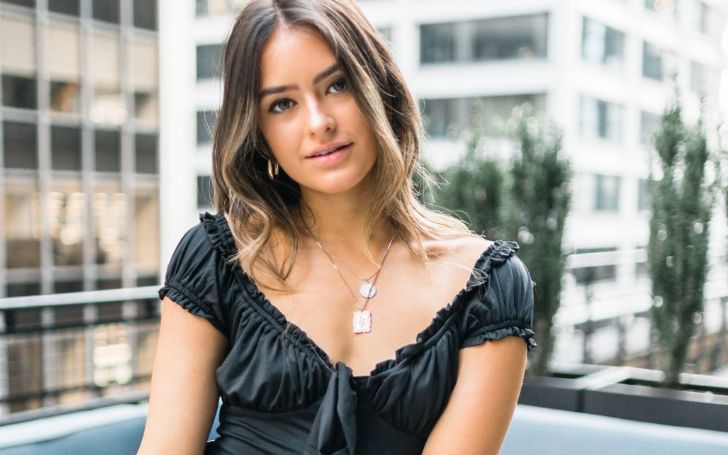 You’re probably familiar with YouTube, right? Of course, you are! Natalie Barbu is among the people that choose Youtube as a career. In fact, she chose a YouTube career over her engineering job.

Well, the star is quite the bomb, right? but is she dating? Or is she still single? Let’s find out!

Natalie Barbu is currently in a loving relationship with Kian Cook. Kian is also a fellow consultant at Accenture like Natalie herself. Maybe that is where their love started to bloom.

Their first photo together dates back to December 2018. But she had yet to reveal Kian as her partner. However, she posted another picture with Cook on her Instagram two months later. This photo confirmed that the two were together.

Well, all relationships have their ups and downs. and seems Nat and Kian had theirs too. Seems the two were on a break up until November. She posted a picture of them together captioned “We were on a break….?”.

A little rough line doesn’t mean the whole story is done for. Nonetheless, let us hope their love for each other never fades away.

The Youtube star dated Collin David before Cook. They began their journey together from 2015. Natalie introduced him as her boyfriend in one of her vlogs back in 2016 where she then drives to dinner with him.

Sometimes good things have to end in order to make way for better things. Nat’s relationship with Collin also came to an end in 2018. An unfortunate event. But she is now enjoying her life with Cook and we wish the very best for her.

How She Became a Youtuber

Barbu pursued her engineering career as an analyst at Accenture. But her passion for making Youtube videos didn’t leave her. And she continued recording videos alongside her fulltime job.

The engineer was still fulfilling her full-time job at Accenture but her passion for Youtube further grew. Her fan base was growing as fast as ever. She hit 100,000 subscribers in 2018. Just a year later, her sub count doubled to 200,000. Then it hit her that she could earn a lot more from Youtube than her original job.

In 2019, she quit her tech analyst job to become a full-time Youtuber. She usually creates makeup tutorial videos, career consultancy, and vlogs. The vlogger is currently sitting at about 250,000 subscribers.

Besides being a full-time Youtube content creator, she is also the host of the Realreel podcast. And not to forget, she also works as a consultant. A multitalented lady indeed!