Moriah Pereira is Finally Dating Someone, Who is Moriah’s Boyfriend? Let’s Find Out All About Moriah Including Her Wiki, Parents, Social Media Accounts and Her Interviews Too! 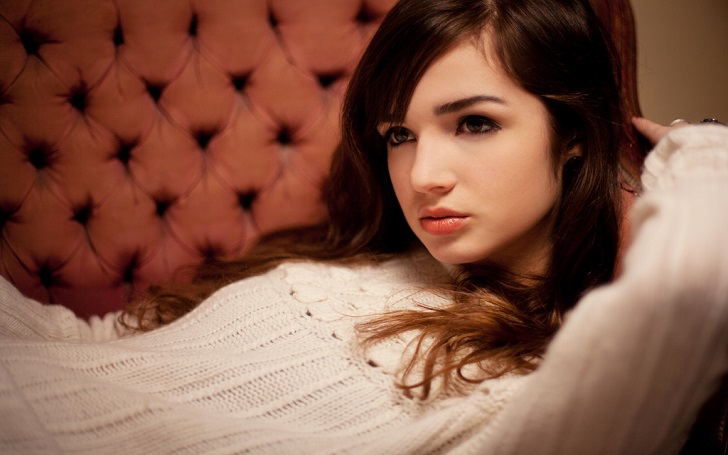 Moriah Pereira has been speculated to be dating someone recently by her fans. Is this news really true or is it just a rumor? Moriah Pereira is insanely famous for her character ‘That Poppy.’

She has also adapted to the profession of being a singer which was her original goal from the beginning. Moriah Pereira is not just a pretty face. She has great talents and is very blessed when it comes to singing. But let’s find out if her love life is equally blessed or not?

Moriah Pereira AKA That Poppy is very mysterious but then again so is Titanic Sinclair, the man behind the videos of Poppy. Titanic and Moriah met each other in 2014 in Los Angeles.

He is a producer, musician, and video creator who was previously in a relationship with Mars Argo but they broke up, so he also stopped doing videos with Mars and started his project with Moriah, Poppy Project.

Fans are beginning to think that Moriah and Titanic are dating because they work together and Titanic was dating his previous co-worker too.

There has been no confirmation regarding their relationship from the pair themselves though. These all just seem to be speculations from the fans and other people.

There is no such evidence for Titanic to be her boyfriend but we never know, do we? So, until the rumored couple comes forth and states whether or not they are dating, this relationship is only going to be a rumored one.

Mysterious Moriah Pereira gained her popularity from her YouTube videos playing the role of Poppy. Moriah Pereira was born in Nashville Tennesse who later came to Los Angeles to pursue her career.

Her father is a drummer who played for a band, but Moriah does not reveal the real name of her father in any of her videos or interviews neither she has revealed any details of her parents.

Also Read: Who Is Eliza Hutton Married To? Know About Her Husband, Husband, Daughter, Net Worth

Poppy gained her name from her youtube project where she has teamed up with Titanic Sinclair to work as the character of Poppy. Her most popular video is one of Poppy saying “I’m Poppy” for 10 continuous minutes. It has current views of around 9 million as of June 22nd.

Caption: Moriah Pereira’s abstract promotional and weird videos that she does with Titanic Sinclair.

In 2015, Poppy signed with Island records to pursue as a singer and released a debut song with Island, Everybody wants to be Poppy.

She also released her first single Lowlife and her first EP bubble bath in 2016. Her recent work is the video series, “the Internet-famous with Poppy” for Comedy Central Channel.

Also See: What Is Lana Lokteff’s Age? Know About Her Wiki-Bio Including Married, Husband, Children

Poppy describes herself as a “kawaii Barbie child”.  Talking of her music style she says it’s “music [that] makes you want to rule the world.”

Poppy drew inspiration from genres such as J-pop and K-pop, as well as reggae. She began to write music in 2012. Speaking to Tiger Beat, she revealed her musical inspirations are Cyndi Lauper, unicorns and Elvis Presley. Moreover, she is a fan of Jimmy Eat World, No Doubt and Blondie.

We love Poppy because she is cute and creepy, but just the right amount. Even though she is weird in her videos, she looks very normal in the interviews.