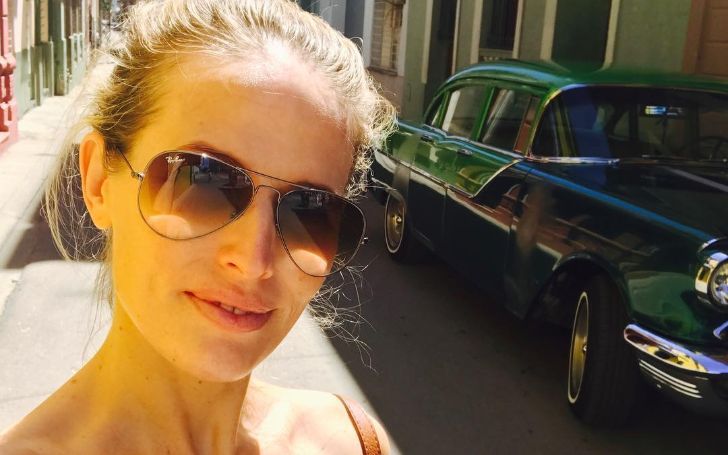 “There are wounds that never show on the body that are deeper and more hurtful than anything that bleeds.” This quote said by Laurell K. Hamilton might be the words that used to roam inside the head of Stefanie Sherk.

Stefanie Sherk was the second wife of the Mexican actor, Demián Bichir. She was also famous for her contribution in the field of acting and modeling.

Stefanie Sherk’s Cause of Death

It is a natural thing for the arrival of the death of a person, but the causes make the incident to remember. Stefanie’s cause of death is an interesting topic for people; she was the wife of Oscar Nominee actor Demián Bichir Nájera., the brother of Bruno Bichir.

Now the reason for the death of model and actress Stefanie was suicide. Yeah, fellows, she took her own life. While no one was in the house, she dived in the pool with a backpack strapped to her back, filled with dumbbells and weights attached to her ankles.

The 37-years-old Sherk was suffering from depression, anxiety, and insomnia, which created suicidal thoughts within her, it was found that a week before her death Stefanie even discussed with someone that “she wanted to wear some weights and jump in the pool.”

Before anyone found her drowning in the pool, it was already too late, and she died due to that terrible incident on April 20, 2019, in Los Angeles, California, USA. Her soulmate, Demián, even posted the sad news in his Instagram reflecting how much he loves her and how much he will miss Stefanie Sherk?

If you are in this line then you guys might already know until now, Stefanie Sherk was engaged with the Mexican actor and director, Demián Bichir.

Bichir family are pretty famous for their contribution to the movie industry. Both of his parents, Alejandro Bichir and Maricruz Nájera, are famous for their acting, directing, and producing skills in showbiz.

Stefanie was the second wife of the Mexican-American actor, Demián Bichir. Before her, Bichir was married to Lisset Gutiérrez. They divorce after three years of relationship.

The pair began to date in 2010, and after a year of dating, they took the marital vows which made Stefanie, step-mother of the daughter of Demián Bichir, Gala Bichir.

Net Worth of Stefanie Sherk

The late actress, Stefanie Sherk used to hold a decent income as a rising star. She, in her career, portrayed various roles in several movies and series, which should help her to accumulate a net worth of $1 million.

Except for her own income, Sherk also used to enjoy her husband, Demián Bichir’s portfolio, who is a successful actor and controls a massive net worth of $10 million.

As mentioned above, Stefanie Sherk made a successful career in acting and modeling field. She began her acting career from the TV series, Gutter Ball Alley in 2001. Since then, she showed her appearance in many dramas.

The Canadian actress was doing great in her professional life, but everything fell apart from her life taking incident. She also portrayed the role of Dr. Sonja Grant in the series Grand Hotel in 2019.

Even though Sherk is not with us anymore, her work in 2020 can be observed in her last project, The Grudge, where she performed an uncredited scene of a Therapist.