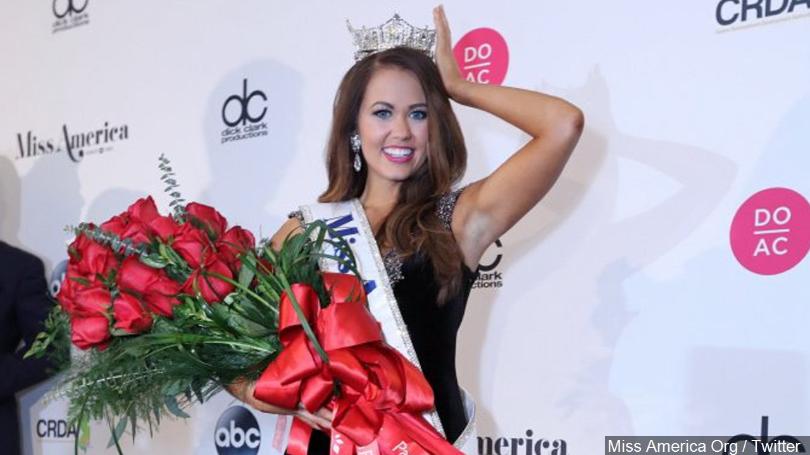 The reigning Miss America is all set to pass on the crown to the next Miss America this September. Meanwhile, Cara is the last winner to wear a swimsuit in the competition after the abolishment of the swimsuit competition earlier this year.

People are quite excited to know Cara Mund dating affair. So, who is Cara Mund boyfriend? Also, find out the figure of Cara Mund net worth. Today, we’ll be digging into Cara Mund wiki facts, bio, boyfriend, net worth, age, height, parents, and family.

Despite being so beautiful and alluring, Cara Mund dating status is single. Either she is hiding her secret boyfriend away from the media or she is single. Is it the protocol of beauty pageants to hide their dating life until they reign?

Though thousands of men wish to date her, Cara Mund seems uninterested in dating and making a boyfriend. There aren’t any records of her past relationships and boyfriend.

Most recently, she uploaded a picture with Ben Higgins after being the newest additions to the Indy star roster of #Indy500 VIPs and celebs. Many of her followers wish to see them dating, but there isn’t anything cooking at present.

As of now, Cara Mund is single and focused on making our society a better place to live. We will instantly update this section if we heard any rumors about Cara Mund possible boyfriends and relationships.

After a year, she won the crown of Miss North Dakota in 2017 with her platform being “A Make-A-Wish Passion with Fashion.” She represented North Dakota in the Miss America 2018 competition held. She became the first runner-up for the Quality of Life Award.

On September 10, 2017, Cara won the title of Miss America 2018 and $50,000 scholarship. She is the first ever contestant from North Dakota to win the Miss America title. In August 2018, she criticized the Miss America Organization in a five-page letter.

‘Let me be blunt; I strongly believe that my voice is not heard nor wanted by our current leadership; nor do they have any interest in knowing who I am and how my experiences relate to positioning the organization for the future.’

‘Our chair and CEO have systematically silenced me, reduced me, marginalized me, and essentially erased me in my role as Miss America in subtle and not-so-subtle ways on a daily basis. After a while, the patterns have clearly emerged, and the sheer accumulation of the disrespect, passive-aggressive behavior, belittlement, and outright exclusion has taken a serious toll.’

She mentioned that she was manipulated, bullied, and silenced in the hands of CEO Regina Hopper and Miss America chairwoman Gretchen Carlson.

Cara Mund was born on 8 December 1993 in Bismarck, North Dakota to her parents, Doug Mund and Delora Kautzmann-Mund. She attended Century High school. She graduated from Brown University with honors in 2016 in business, entrepreneurship, and organizations.

You May Also Like: Miss Venezuela 2017 “Sthefany Gutierrez” Is Representing Venezuela At The Miss Universe 2018

Cara Mund celebrates her birthday on December 8 that makes her age 25. She belongs to white ethnicity.

Discover: Update On Miss World 2017 1st Runner Up Andrea Meza: Who is Andrea Meza Boyfriend? Is She Dating?

The beautiful Miss America Cara has a height of 5ft 3inches and weighs around 54 kg. She has a perfect body figure with the measurement of 33-24-33 inches.