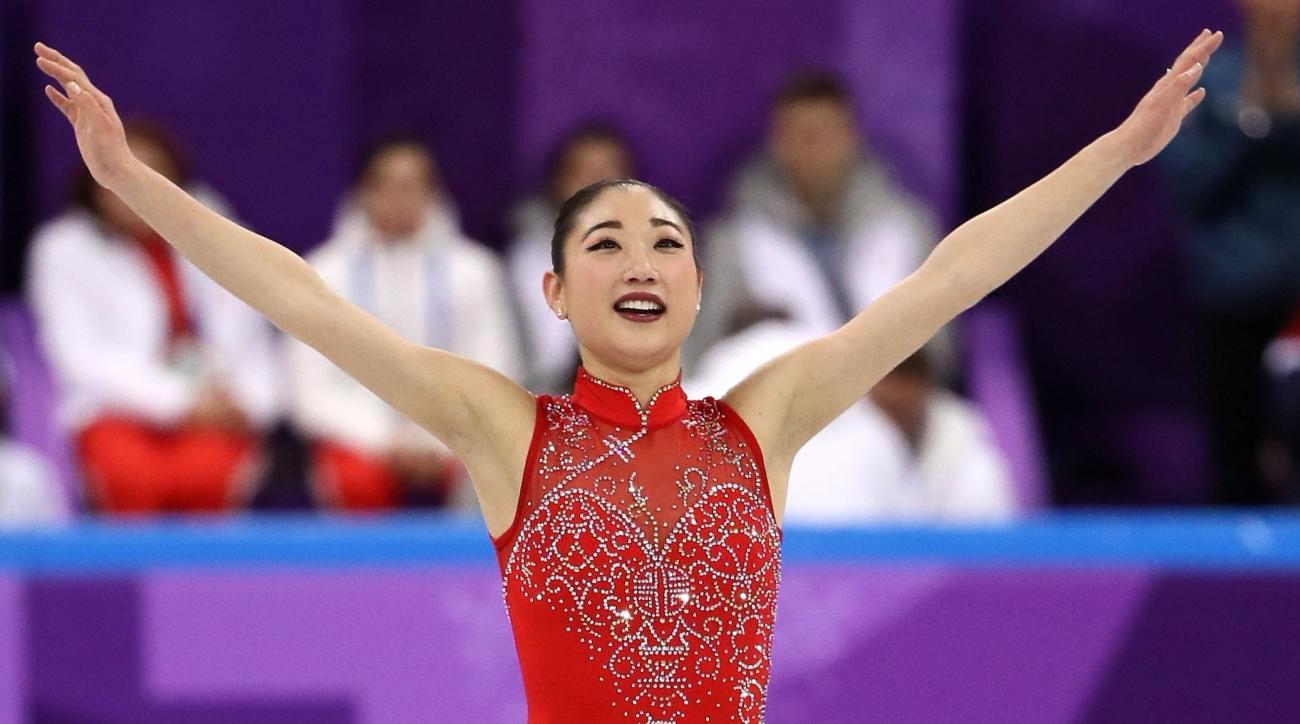 The childhood shows the future as morning shows the day. This particular statement describes the life of Mirai Aileen Nagasu or simply known as Mirai Nagasu. Nagasu was only five years old when she started her skating and now is one of the most prominent American figure skaters.

At the moment, Nagasu is all over the headlines for becoming the first ever American female to land a triple axel at the Winter Olympics. Her history-making events have now grabbed huge attention, and people are surfing around to know possible details of Mirai Nagasu.

We have tried our best to cover every possible information of Mirai Nagasu including her history-making event, wiki, relationship, dating life, boyfriend, net worth, and more about her. Check below:

The full name of Mirai Nagasu is Mirai Aileen Nagasu. She was born on April 16, 1993, in Montebello, California and raised in Arcadia, California. She will be celebrating her 25th celebrity in upcoming April.

The name of Mirai’s father is Kiyoto Nagasu, and Ikuko Nagasu is her mother’s name. Ikuko was diagnosed with thyroid cancer in 2000. Mirai’s parents own A Japanese sushi restaurant in Arcadia named Kiyosuzu Restaurants. They are actually the immigrants from Japan but does not own U.S. citizenship.

Before Mirai’s 22ns birthday, Japanese law required her to relinquish her American-Japanese dual citizenship, and she chose U.S. citizenship over Japanese citizenship.

In 2007, Nagasu got graduated from Foothills Middle School, and in the same year, she joined Arcadia High School. Later, she started attending an Online high school and is a graduate of the Capistrano Connections Academy. Mirai enrolled at the University of Colorado Colorado Springs.

Who is Mirai Nagasu Dating? Know About Her Current Relationship Status

Well, it might be sad news for the admirer and the die-hard followers of Mirai Nagasu that the figure skater is no more single. It won’t be wrong to say back off boys! She is now happily dating her man.

To break the ice, Mirai is currently enjoying a healthy dating relationship with Darian Weiss. Mirai Nagasu’s boyfriend Darian Weiss is an actor and ice dancer who once appeared as the Carnation baby in one of the television commercials.

When Nagasu’s Pasadena Figure Skating Club wanted to show its pride and support by making the skater’s support system, her boyfriend was also included in the club to make it to the Olympics just to have a glimpse of her and cheer her up. Such a romantic boyfriend, isn’t it?

The effort successfully collected over $14,000. Actually, Nagasu’s boyfriend name was listed in the news coverage but did not reveal the name. Later, Pasadena Figure Skating Club confirmed that the name of Mirai Nagasu’s boyfriend is Darian Weiss.

Nagasu’s boyfriend Darian Weiss is an actor. He is famous for appearing in Ditch Party, Days of Our Lives, Without a Trace, and more. Moreover, he is an ice dancer who got his start in the show business by appearing in a Carnation Good Start commercial when he was only six months old.

How Much is Mirai Nagasu’s Net Worth?

Being a three-time Four Continents medalists, 2007 JGP Final Champion, two-time World Junior medalist, seven times U.S. national medalist and the first woman to land a triple axel in Olympic Competition, no doubt we can assume that Mirai Nagasu’s net worth is high as hell.

Actually, Nagasu did not reveal the exact digits of her net worth. Some sources claim that Mirai Nagasu’s net worth is around $200,000. As Nagasu is still active in the field, there is no doubt that Nagasu’s net worth will get higher in coming days.