Liam Hemsworth Just Got Married; Know His Wiki-Bio Including His Net Worth, Career, and Movies! 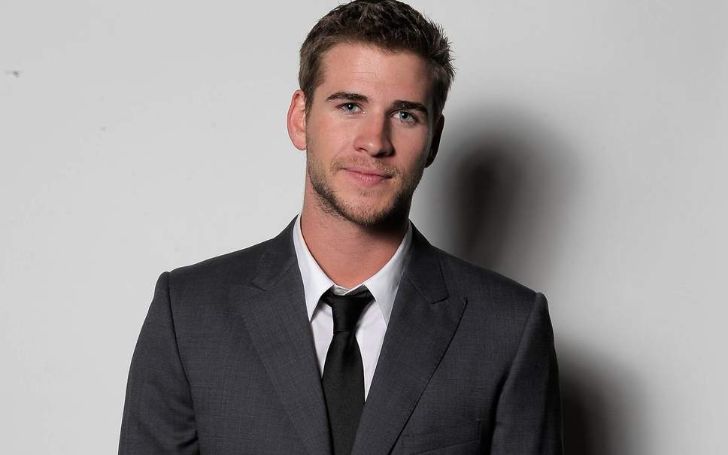 Hollywood consists of many talented and creative celebrities which are also the reason why their movies are so good. Among such people is actor Liam Hemsworth who is well known for his versatile roles in movies.

Liam became the hot topic after recently marrying singer Miley Cyrus. Here we are about to disclose more about Liam Hemsworth’s Bio, Net worth, marriage, career, body measurement, and so on.

It was in December 2018 that Liam Hemsworth and Miley Cyrus took their wedding vows. They promised to not separate for life but, alas, the duo called it quits on Saturday August 10, 2019.

The reason for their divorce seems to be their complicated and modern marriage. They couldn’t afford each other time and with time, their love life came to an end.

More on the story at It’s Over: Miley Cyrus and Liam Hemsworth Divorced After Less Than a Year of Marriage.

On December 23, 2018, Miley Cyrus and Liam Hemsworth married at Cyrus’ home in Franklin, Tennessee, US. The marriage was private and accompanied by family members and close friends.

Also at the wedding reception were Miley’s mother Tish Cyrus and father Billy Ray Cyrus, her sisters, Brandi and Noah, and also brother Trace. Along with Liam’s brothers, Chris and Luke Hemsworth.

While they never confirmed they were really planning to marry over the holiday weekend, many fans began to speculate that they tied the knot after one of their friends posted many videos on their Instagram Stories of both Miley and Liam in their wedding dress and tuxedo.

Also, see: Meet Luke Hemsworth another star in making with details of his girlfriend,dating, family and brothers!

The couple later confirmed that they have officially married by sharing the photos of their wedding on their Instagram.

On December 26, Cyrus posted three photos of her and Hemsworth in their formal outfits, smooching and generally acting cute. “Ten years later,” she wrote

Liam Hemsworth also posted a photo from the important day of their life. The photo was alike to one of the three that Miley posted a day earlier with the caption, “my love ❤️.”

Miley Cyrus and Liam Hemsworth met while starring in the 2010 movie adaptation of Nicolas Sparks’ The Last Song. The couple engaged in June 2012 but unfortunately parted ways after a year.

Liam Hemsworth’ career began in 2007 when he was invited to in the television shows Home and Away and McLeod’s daughters.  He has also been a part of the children television show The Elephant Princess. Likewise, he was also in the movie Satisfaction and also the British film Triangle.

Later in 2010, he hosted the Nickelodeon Australian Kids’ Choice Awards. He appeared in a song, Colder Weather which was a song by The Zac Brown Band.

In summer 2014, Liam was a part of the Australian literary adaptation, The Dressmaker. Similarly, in 2016, he starred in Independence Day: Resurgence in which he received praise for his work.

But, Liam’s first major part was in the Hollywood action movie The Expendables 2. His latest role is related to the movie, The Hunger Games.

Liam was also featured in Miley Cyrus’s music video When I Look at You. He is also chosen for Arabian Nights which is an upcoming 3D action film.

Liam Hemsworth earns a good amount of payroll but the exact sum for his work is still unknown. Nonetheless, he has a net worth of $26 million.

Liam’s main source of his earnings is from his acting career and there is no doubt that he lives a luxurious lifestyle.

Liam has two brothers Chris and Luke Hemsworth, who have gained big success in the movie industry. Speaking about his ancestors, they were English, Irish, Scottish, and German.

When he was 8 years, he and his family relocated to Phillip Island near Melbourne. He spent most of his childhood in birth country Australia.

He and his brother Chris moved to the United States of America to continue their education and as well as their acting skills. At first, they stayed in the guest house of Chris’s manager.

“This is my good mood mug”. Kyle. Arkansas. pic.twitter.com/EuG16RgeA3

Talking about his body measurements, Liam Hemsworth has got a tall height of 6 feet 3 inches with a proportionate weight of 75 Kg. His waist size is 33 inches.

He has blue eyes which perfectly matches with his brown hair. His other body measurements are not available.