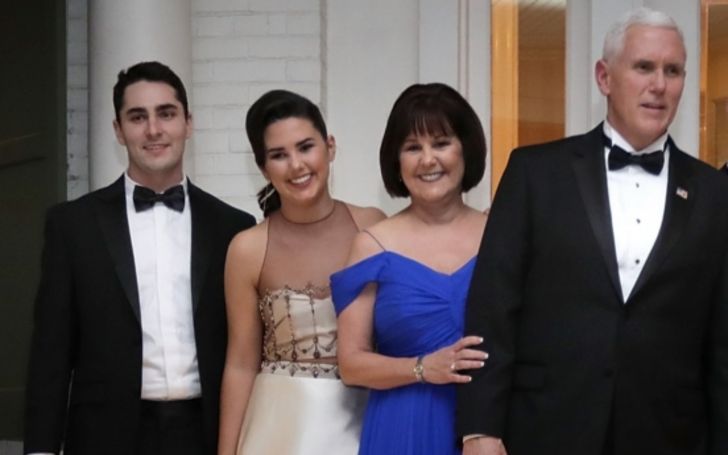 Audrey Pence, the daughter of US vice-president Mike Pence engaged her college sweetheart in Provincetown.

Audrey Pence, 24, daughter of Mike Pence engaged her college boyfriend, Daniel Tomanelli. However, media speculated that Pence is not happy that his soon to be son-in-law proposed daughter in a  “gay-centric” town of Provincetown, Mass.

Pence announced her engagement through an Instagram post on Saturday. The youngest daughter of the Vice President and his wife Karen Pence, however, didn’t reveal the name of her fiancee or the location. But, media found out eventually that the view in the background was Race Point Beach in Provincetown.

Audrey captioned the series of photos,

“Rain or shine, I’m so glad you’ll always be by my side,”

Many of her well-wishers and followers took to the comment section to congratulate the couple. While others poked fun of the fact that she engaged in the gay-centric town.

One of her followers commented

“Awww my girlfriend and I also got engaged in Provincetown! I’m glad you’re finally coming around,”

“You did it in one of the most famous Gay resort towns in the entire world! Congrats!”

Congratulations to the Audrey Pence and her beau Daniel Tomanelli for their engagement!