Country singer Mickey Guyton exchanged vows with longtime beau Grant Savoy in June. However, he is only sharing the news now.

The couple exchanged ‘I do’s’ in a beautiful ceremony held at the Kauai Marriott Resort in Kauai, Hawaii. The Nashville star gushed about her dream wedding. The actor called the intimate nuptials ‘absolutely gorgeous. He added ‘the entire day was so beautiful.’

Caption: Mickey Guyton and her boyfriend Grant Savoy on the day of their wedding

Mickey Guyton told the people, “Having a big wedding is not my thing.”

“so when my family decided on a vacation to Kauai, I thought, ‘Why not let it be a family vacation turned wedding?’” ‘We got married in front of 23 family and friends on the beach.’

She explained, ‘My husband has family from Kauai’

‘so it was important to him to have a luau at the wedding reception.’

Also, she said, “The entire day was so beautiful and intimate with lots of laughs and tears.” 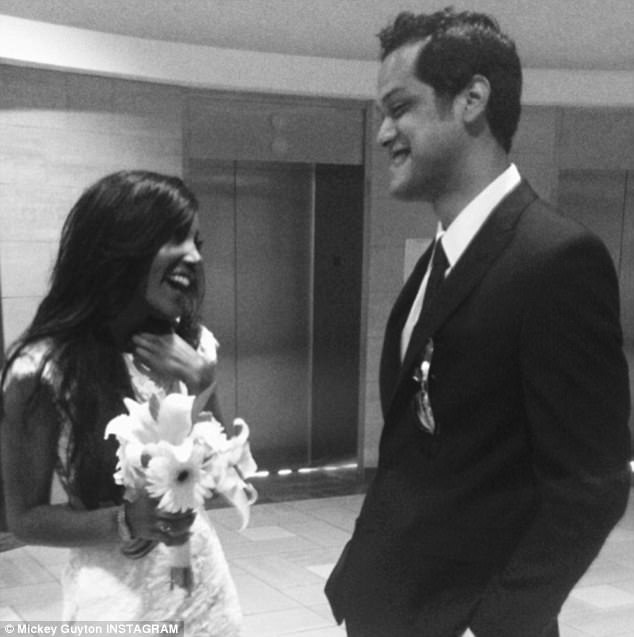 Caption: Mickey Guyton and her Beau Grant Savoy pictured together

She and Grant have been together for seven years and engaged for four years in 2013. The couple first met through Mickey’s best friend who just happens to be Savoy’s step-sister.

On Friday, July 28, CMT Next Women of Country, Mickey Guyton released her new single “Nice Things” which she co-wrote with hit-makers Liz Rose and Stephanie Chapman.