A Wiki Like Bio Of Michelle Hurst: Know Her Career, Injury Issues, Net Worth and Also If She is Married Or Not? 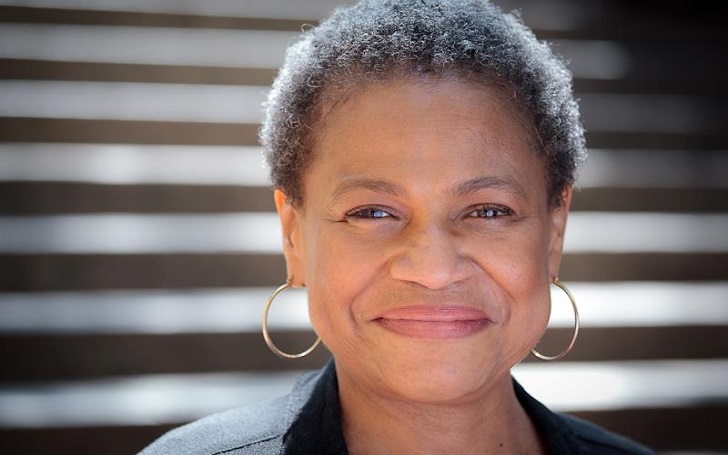 If you are a fan of Netflix comedy-drama series, Orange is the New Black then you might have known about Miss Claudette Pelage. Yes, the role of Miss Claudette is played by none other than Michelle Hurst.

After gaining a huge fan following, her fans might like to know about her personal life including career and injury issues, so let’s dig into her personal as well as professional life and details of her bio.

To provide you with the information, American actress Michelle Hurst is possibly single and doesn’t have any past relationship. But there are rumors that Hurt’s might be planning for her wedding soon.

Moving on to her injury issues, Hurst who is famous for her role as  Miss Claudette on Netflix hit ‘Orange is the New Black,’ is recovering from serious injuries from a car accident.

‘Orange Is The New Black’ star Michelle has woken from a 16-day medically induced coma on Thursday after serious car accident before Christmas.

The treatment was in the intensive care unit at UNC-Chapel Hill Hospital in North Carolina. After a 16-day medically induced coma, the doctors could perform surgeries near her spine.

A fundraising page has started to raise money for Michelle’s medical bills and time taken off of work. Michelle’s sister handles all the donations which had already raised over $4,000 according to the site.

On Thursday morning, author of the memoir on which the series is based Piper Kerman tweeted the link;

The link got retweeted by show star Natasha Lyonne, who plays Nicky Nichols in the comedy-drama series.

In an interview, they asked about her experience after the accident and for what she is so grateful. She said;

“I’m doing much better…. I’m moving forward. I’m so grateful to my fellow actors on Orange. After they had heard about the accident, they all stepped up to find out what I needed and what my family needed. The magnitude of them stepping up to the plate was overwhelming. I’m grateful to every person who I’ve ever known who all stepped up to the plate and sent love in every form.”

“Even when I get frustrated and things are painful when I’m seeing my doctors, I grunt, but I think, “You’re here, kid.” That’s the biggest. I’m grateful to be here.”

American actress Michelle Hurst was born in Brooklyn, New York. As of 2019, Hurst is 65 years of age. In the year 1974, Hurst graduated from Mount Holyoke College and began her career in theatre. Hurst began appearing in television and film in the 1990s. She is well known for her multiple roles in several ‘Law & Order’ tv shows. She co-starred in the movies like ‘Smoke,’ ‘Sherrybaby,’ ‘Stepmom,’ and ‘Airheads.’

In 2013, the role of Miss Claudette Pelage in the first season of the Netflix comedy-drama series, ‘Orange is the New Black’ along with the main cast earned her a Satellite Award for Best Cat-Television Series. Hurst left the show after a single season. Later in January 2015, she performed in the third series of the British television drama series ‘Last Tango in Halifax.’

Having an extensive career in film, television, and theatre, Hurst does voice-over work and narration at the Metropolitan Museum of Art. Her contribution toward her work has rewarded her with an impressive amount of salary that adds to Hurt’s net worth which is estimated to be about $204.8 Million.