Is Michelle Dockery dating anyone after the death of her fiancé? Know her Past Affairs and Wiki-Bio 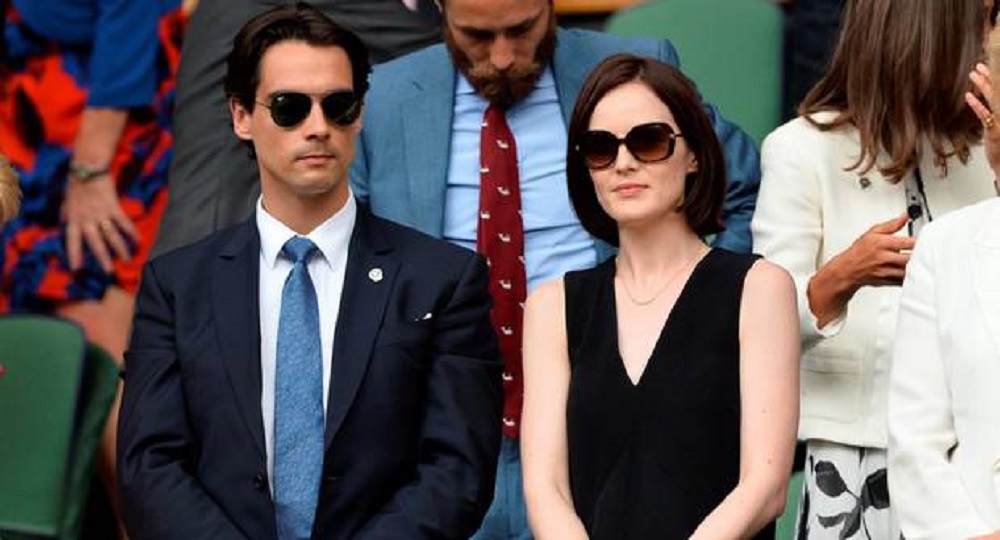 Michelle Suzanne Dockery aka Michelle Dockery is an English actress and singer who is famous for her leading performance as Lady Mary Crawley in ITV and PBS drama series “Downton Abbey” from 2010 to 2015. Besides professional career, her millions of fans are surfing around to know about Michelle Dockery’s dating life, relationship affairs, wiki-bio, and more.

Well, you might be familiar that Michelle Dockery’s fiancé John Dineen is no more with us. So, what was the reason for his death? After the death of her fiancé, is Michelle Dockery dating anyone? Scroll down to know in detail.

Is Michelle Dockery dating anyone after the death of her fiancé?

After the death of Michelle Dockery’s fiancé John Dineen, people have grown a keen interest to know what will the Godless’ star next step. Well, her fiancé Dineen died on 13 December 2015 at Marymount Hospice in Cork, Ireland. Dineen died from a rare type of cancer at his bedside where he was kept and cared for few days before his death.

Dineen was working in the FTI consulting firm in London when he was first diagnosed with the illness and was only 34 years old when he died.

Talking about Michelle Dockery’s dating relationship with John Dineen, a couple of gossip mongers claimed that the couple started dating back in September 2013. The pair was first introduced by the Irish actor, Allen Leech who worked alongside Dockery in Downton Abbey.

Michelle Dockery dating relationship with John Dineen got confirmed when they were first spotted enjoying a holiday in Venice, Italy during the 70th International Venice Film Festival.

After dating for almost two years, news broke out that Michelle Dockery got engaged to Dineen. In early 2015, sources claim that Dockery was showing off her diamond engagement ring to her co-stars during the screen tests. But, Dockery alongside her co-stars did not let the information leak from the circle.

While Dockery was asked about Dineen and their relationship, she claimed that Dineen is a wonderful man in her life from Ireland. In one of the interviews with Red Magazine, back in November 2015, Dockery openly explained about her relationship and said: I’ve got people around me who I can turn to for advice: my mum, and my partner, John. But, at this stage, my instincts are pretty good.

Dockery furthermore added that Dineen is like family to her and she knew that he would really get on with her.

We all know that it’s tough to lose someone we love, and sadly Dockery had to go through all those tragic moments. After the death of her fiance in December 2015, she was utterly broken and shattered.

Michelle Dockery was born as Michelle Suzanne Dockery on 15 December 1981 and is currently 36 years old. She was born in Rush Green, London, England. She is a famous English actress and singer who started her professional career in 2004 after appearing in His Dark Materials in 2004.

Dockery was raised in Ramford in Eat London with her two older sisters; Louise and Joanne. She studied at Chadwell Heath Academy and later enrolled at the Finch Stage School. For your information, she started performing when she was only 2 or 3 years old.

Now, Michelle Dockery’s net worth is around $4 million.