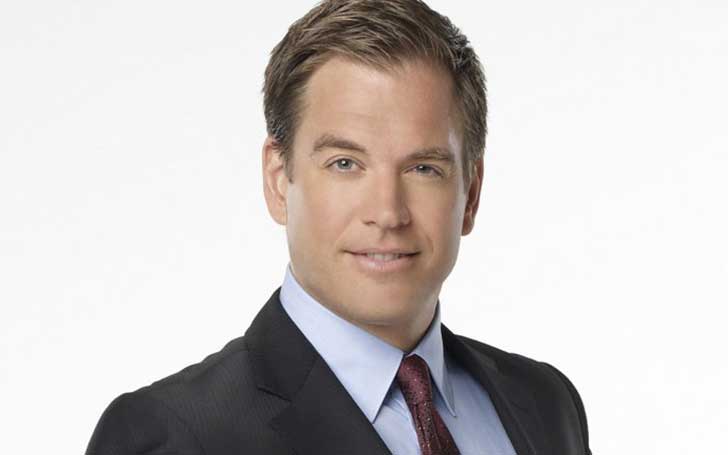 The American actor and director Michael Weatherly entered into the club of sexual harassment offenders. In December 2018, The New York Times stated that CBS prepared a $9.5 million settlement with the Eliza Dushku after she spoke about Michael’s inappropriate behavior on the set of Bull.

Since 2008, Michael is together with his Serbian wife, Bojana Jankovic. After a year of the relationship, the two tied the knot on Sep 30, 2009. Together, the duo has two children. He has a son named Liam Weatherly and a daughter, Olivia Weatherly. However, Bojana is the second wife of Michael Weatherly.

Just remembering that Saturday with the dogs and the family… pic.twitter.com/6AfibjXY4B

Previously, Michael was married to Amelia Heinle. After dating the actress for several years, the two had exchanged their wedding vows in 1995. However, in 1997, they ruined their three years of marriage.

With the first wife, Michael has a son named August Manning Weatherly. Apart from that, Michael dated American actress Jessica Alba after his divorce. They got engaged in 2001 but called off their engagement in 2003.

Now as stated above, CBS has to pay $9.5 million to Eliza Dushku after she got fired from the show amid her sexual harassment charges against Michael. As many critics started to lash out the actor, many of his NCIS co-stars decided to stand up for him.

His co-stars including Pauley Perrette and  Sasha Alexander took to their respective Twitter account to show their support.

This man… I love, respect, trust, and I KNOW. TWO decades of friendship and respect. The best. I love you @M_Weatherly Always and forever. pic.twitter.com/654ATa83w4

As for now, Michael’s second marriage might go through some turbulence after the recent sexual harassment case. Until now, there aren’t any updates about his married life. We hope the case wouldn’t cost him his marriage.

Michael started his acting career with a small television role on The Cosby Show. Throughout those years, he established himself as one of the critical leads of the show. His first show as a series regular was featured on the FOX television series Significant Others. Besides, he became a part of movies like The Last Days of Disco, Meet Wally Sparks, Gun Shy, Cabin by the Lake, and Trigger Happy.

"Bull" Star Michael Weatherly Says His Kids Like His Waffles Better Than His Wife's — And This Is Why https://t.co/hoWqbftz0b

For his performance in Dark Angel, he earned three award nominations; two from Saturn Awards and one from Teen Choice Award. Moreover, Michael is the only actor to appear in all four CBS series JAG, NCIS, NCIS: LA, and NCIS: NO.

Don’t Miss: What is Finneas O’Connell’s Age? Know About His Wiki-Bio Including Height, Nationality, Net Worth, Girlfriend

In 2011, he directed the season-eight episode of NCIS titled “One Last Score.” After leaving NCIS, he began starring the CBS series Bull from 2016. Without a doubt, Michael Weatherly net worth must be in a million.

He later sold the same house for a loss in $1.845 million. He had originally bought the house for $2.21 million.

Recommended: Who Is Eiza Gonzalez’s Boyfriend? Know Her Wiki-Bio Including Age, Movies, Awards, Net Worth

Regarding his origin, Michael is of Irish ethnicity. Moreover, Michael has a tall height of 6 feet 2 inches and he weighs 86kg.