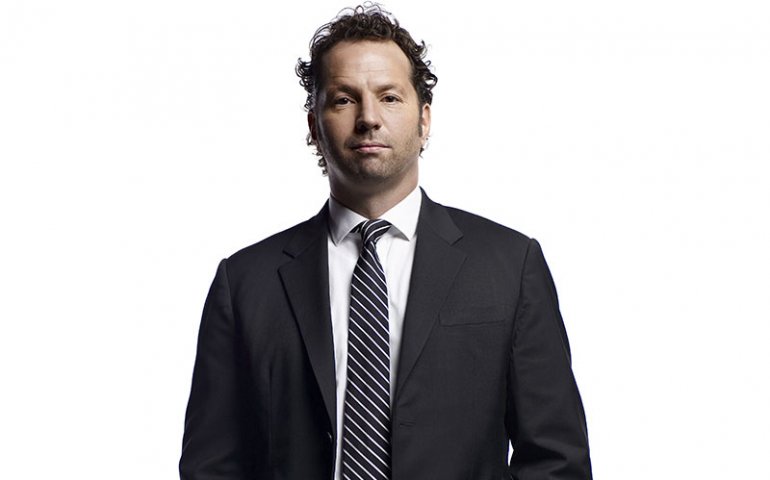 Do you know who Michael Rapino is? He is non-other than CEO of Live Nation Entertainment. LNE is an entertainment company based in America, which is the combined form of Ticketmaster and Live Nation.

Today, we will be discussing Michael Rapino married life with his wife Jolene Blalock and their children!

As mentioned before, he is a married man. Well, being more precise, Michael Rapino married his wife, an American actress Jolene Blalock in the year 2003.

For now, they have been enjoying their married life for 18 years and the relationship is as smooth as silk.

Talking about Michael’s love life, the duo met for the first time back in the year 2002, exactly one year before tying the knot. After meeting for the first time, they met repeatedly and grew closer. After dating around a year, they decided to start a new life together forever.

As you know, finding a couple being together for more than 10 years is rare for now. In such a rare time, Michael keeps his relationship intact even after 18 years.

Thus, this couple is taken as an example of the most stable till date. Also, we are not able to find any problems, divorce issues, fights, and quarrels to date.

Talking about dating history of both of them, Michael has never been in a relationship with anyone. But, when it is about Jolene, she dated twice before marrying. The people with whom she dated are Edward Furlong and Steve Summers.

Jolene and Michael share three children. And the thing is, all are boys. It goes back in the year 2010 when the duo welcomed a baby boy for the first time.

The boy’s name is Ryder James Rapino. Later in 2012, River Thunder Rapino was born. Furthermore, in the year 2014, the duo became parents for the third time with the third child Rexton Rapino.