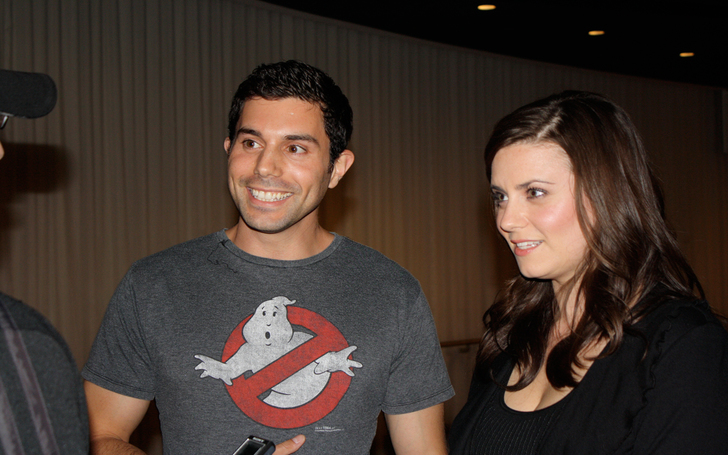 Paranormal Activity is considered as one of the scariest movies of all time, and the film wouldn’t have reached its peak success without the excellent contribution of one of its lead actors aka Micah Sloat.

But where is Micah Sloat today? Is he even alive? Where did he go after the continuous succession of Paranormal Activity? To learn more and interesting facts about the Connecticut native, scroll through in the content below.

Who is Micah Sloat?

Born on 8th May 1981 in Westport, Connecticut, United States, Micah Sloat is an American actor who rose to prominence after appearing the 2007’s horror thriller hit, Paranormal Activity. Sloat does not only serve as an actor but as a psychologist, a writer, and a musician too.

Since his early childhood, Sloat developed a great interest in psychology and went on to pursue a degree in philosophy from the renowned Skidmore College located in New York.

Also see: What is the net worth of Chloe Csengery?

In addition to his musical career and interests, Micah fancies rock and blues music genre and plays guitar professionally. As a matter of fact, he even performs with Westminster Chorus.

Besides, Sloat grew up in a big family of eight members including his parents and five younger siblings. Micah is, in fact, the oldest among his brothers and sisters. He currently resides in Los Angeles where he moved to begin his acting and musical career.

Micah is a also a great fan of HBO‘s hit series, Game of Thrones.

Where Is Micah Sloat today?

To answer your curiosity finally, the talented actor is not dead and is alive and doing all well. Following the first part of Paranormal Activity, claimed to be on true events, the film earned three more sequels to its addition, and Sloat made his features on three of its franchises.

Fans of Sloat certainly did not get to see him in other movies except for the Paranormal Activity franchise, that’s because the actor has been active with his career as a musician and psychologist.

With political support to the democratic party, Sloat is constantly expressing his political views on his Twitter account that goes by the username of @micahsloat. Consequently, he actively criticized the US government for the current ongoing detention of children in concentration camps.

In Feb 2019, Micah Sloat appeared alongside his co-star Katie Featherston at the Astronomicon event in celebration to the tenth anniversary of Paranormal Activity Reunion.

Is Micah Sloat Married? Is He Taken?

As a celebrity, Micah Sloat keeps his personal zipped from public life and limelight. Considering his social media profiles which are a highkey secret too, Sloat’s love life is hard to tell.

Micah, however, is presumably single. Information on his married and dating life is not discliosed to the public yet.

What Is The Net Worth of Micah Sloat?

Micah Slat has a net worth of $500,000. The Teen Choice Award-nominated actor secured his bag from working as an actor and musician. Micah made an earning of $500 in the first Paranormal Activity movie which made an unexpected groundbreaking income of $193.4 million compared to its $11,000 budget.

Where was Micah Sloat born?

What is the nationality of Micah Sloat?

Which ethnicity does Micah Sloat belong to?

What is Micah Sloat mostly known for?

How tall is Jacqueline Pillon?

What is the profession of Micah Sloat?