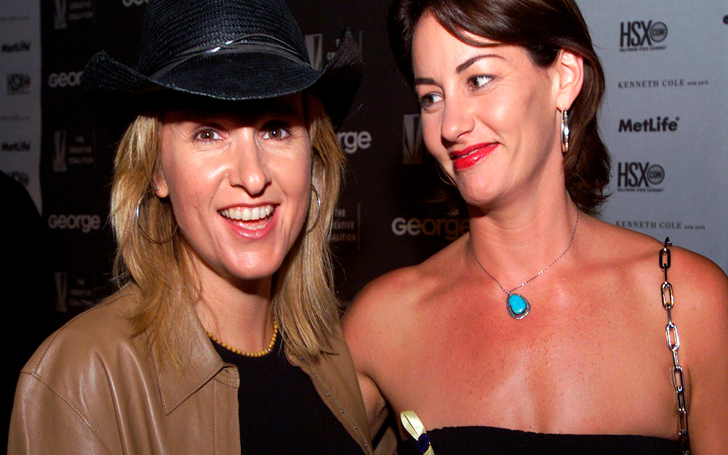 A Grammy-winning talented songstress, Melissa Etheridge is an American singer known for her hit albums that include Yes I Am and Brave and Crazy. But, what attracts Etheridge on the limelight, aside from her singing career is her turbulent love life.

Melissa Etheridge has always been open about her sexuality and as a queer woman, Melissa first rose to fame for the reason in 1993. And, here’s everything you need to know about the singer’s girlfriend, wife, and breakup.

One of Melissas Etheridge‘s publicly known first relationships was with filmmaker Julie Cypher with whom she was together for more than a decade. Although their relationship couldn’t thrive forever after the betrayal from Cypher, they were once regarded as an iconic lesbian couple in Hollywood.

Well, Etheridge and Cypher’s romance flourished in 1990 and throughout their ten years of relationship, Melissa and Julie also welcomed two children together through artificial insemination, as per the want of the filmmaker. David Crosby was the sperm donor of their late son Beckett Cypher and daughter Bailey Jean Cypher.

Beckett died from a drug overdose in May 2020 at the young age of only 21. His heartbroken mother aka Melissa was the one to share the news on Twitter. His parents split in 2000 after the filmmaker entered a therapy facility where she found out she wasn’t gay at all.

That wasn’t the only reason behind their breakup though as Melissa revealed Julie committed infidelity with singer K.D. Lang whilst the singer had always remained faithful to her.

Then entered actress Tammy Lynn Michaels into Melissa Etheridge’s life in 2001. Two years later, the couple also became engaged in 2003. And, in 2008, Melissa and Tammy happily tied the knot in a low-key wedding ceremony.

Their sons were given birth by Tammy with the help of an unknown sperm donor. After their divorce, Melissa was reportedly ruled to pay a sum of $10,000 to Tammy every month for child support.

After two failed relationships, Melissa Etheridge finally found the love she was looking for in her current partner and long-term friend, Linda Wallem, an actress and writer known for Nurse Jackie and Sleepless in Seattle. Interestingly and ironically enough, the lovebirds also share the same birthday.

To your surprise, Linda and wife Melissa were friends for nine years before their caught feelings prior to their engagement in 2013. And, unlike her last relationship, Etheridge decided to marry Linda less than a year later in 2014. As a matter of fact, they walked down the aisle on their birthday in San Ysidro Ranch.

In addition, all four children of Melissa was in the presence to delight their big day. Six years later, as of 2020, Melissa and Linda are still living their happily ever after. The couple, however, shares no kids together.