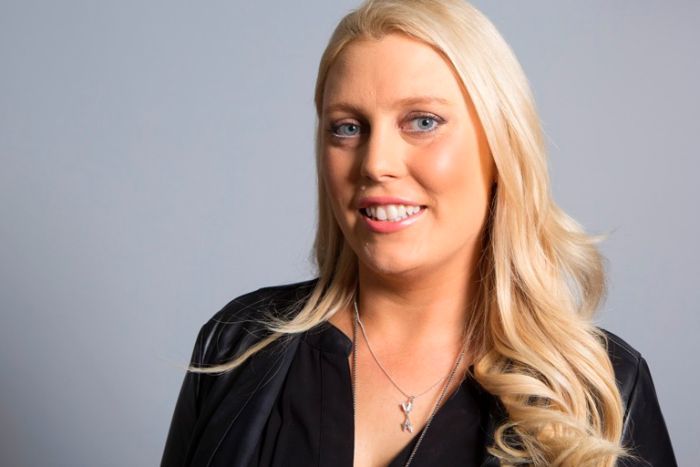 One of the recent news depicts that an Australian radio personality, Mel Greig is now on the work to lose some of her weight.

While taking her exercise lessons from her trainer, Tegan Haining, Mel opened up to WHO saying that she used to drink excessive alcohol. Up to now, she is taking her training seriously, waking up every morning and feeling the burn.

Previously, Mel took to her Instagram account and revealed her weight and situation in her pilates class.

Mel has already resigned from her job at Wollongong’s Wave FM breakfast show because of her unhealthy lifestyle. Moreover, her goal is to drop down to 70kg after losing one kilo every week.

Greig is a married woman. She married her husband named, Steven Pollock in the year 2014. But her married life lived very shortly as her 18 months of marriage came to an end due to a Royal Prank Call tragedy.

You Might Like: Jon Huertas Wiki Facts: Know His Wife, Children, Net worth, Age, Height, And Family

Currently, Mel is a divorced woman, who disclosed that she gave up on searching for a blond, blue-eyed man to create her ideal baby. Aside from that, she is battling with endometriosis that prevents her from having babies.

Incredibly proud and saddened that @sophiemonk is going through this but it took massive balls for her to do this post and talk about it, you and I have had chats and suspected it but not all doctors know how to diagnose or recommend treatment. Darling girl you aren’t alone and it’s more than 1 in 10. #endometriosis #nocure #7yrstodiagnose #endosisters #strength

Before describing her dating affair with a Latino man, Mel said:

‘So, now that I’m not going to have children does that change my taste in men? It does, I start picturing us doing an epic singalong to Despacito because that’s basically Latin.’

‘This guy can hold a conversation and he’s not creepy, I just feel this instant level of comfort and ease with him.’

Mel spoke about her battle with endometriosis in the past and revealed how her ex-boyfriend accused her of lying about endometriosis battle and claimed that it was all in her head. Without naming the man, she also explained that she started to experience sharp pains when she was heading to a football game with her boyfriend in Melbourne.

The star has an estimated net worth of $500k.

Mel competed on the first season of The Amazing Race Australia with her sister in the year 2011. She even hosted the Hot30 Countdown show on 2Day FM with Matty Acton in the year 2012. During her time as a  co-host of the Hot 30, she interviewed celebrities like Rihanna, One Direction, and Ed Sheeran.

Mel is a radio personality who made headlines after making a call prank where she and her co-host Michael Christian posed as the queen to gain details regarding the Duchess’s first pregnancy.

Besides, Mel appears on a regular basis on the two reality TV shows titled ‘Celebrity Apprentice Australia’ and ‘The Amazing Race Australia.’

Apart from that, Greig is also an MC, Host, avid Charity Campaigner and an Ambassador for Endometriosis Australia for a long time. She is the founder of www.trollfreeday.com.au. After serving for years in the field of radio and tv, she must have accumulated enough net worth.

Mel Greig was born in the year 1982 in Beaudesert, Queensland, Australia. Her birthday falls on 19th September, which makes her age 36. She has a decent height of 5 feet 5 inches.

Her mother lost the battle with pancreatic cancer and left the world. She told:

‘My mum taught me how to be strong, how to love and how to laugh. I miss her deeply already and my thoughts are with other families going through similar pain.’

Mel grew up with her sister named, Alana. They competed in season one of ‘Amazing Race Australia.’ At the age of 12, Mel dropped out of the school only to run away from her home. At 16, she started to volunteer at the community radio station Fresh FM and worked for 19 years on the radio.