Skip to content
Home » Entertainment » Max Thieriot is a Married Man; His Wife?

Max Thieriot is a Married Man; His Wife? 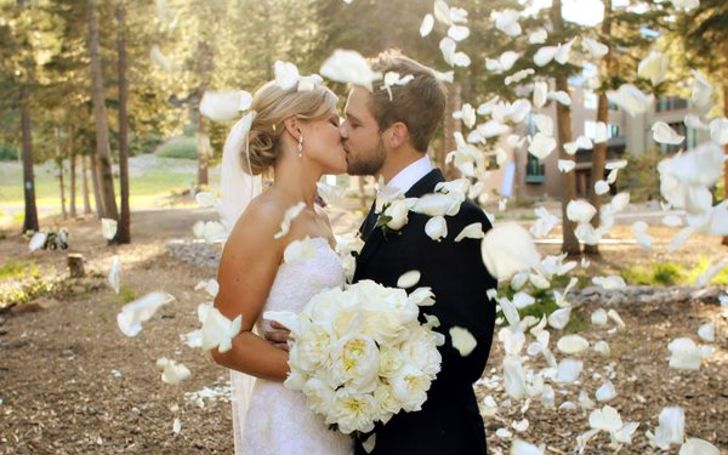 Winner of the Young Artist Award Best Performance in a Feature Film Kit Kittredge: An American Girl, Max Thieriot is an American actor and director best known for his role in the action-thriller Point Break.

Well, this is just a brief detail of Max’s professional life. But, what about his personal life? Is he married?

The 30 years old, television actor and producer exchanged his wedding vows with his long-time partner Alexis “Lexi” Murphy after they had been together for eight years.

The actor proposed his lover in 2012 during a trip to the Caribbean where they met the first time as teenagers.

After a year, the love birds walked down the aisle on 1 June 2013. Their wedding ceremony took place in Lake Tahoe, California in the presence of their family members and close friends.

At the wedding, Max wore a Black suit whereas Lexi wore a white gown.

Since their wedding, the loving couple is living a happy married life. Moreover, on 2 June 2016, Thieriot wished his partner on their 3rd anniversary with a sweet caption.

3 years married to this amazing woman! Wow how time flies! This is a throwback to our junior year prom. 🙂 always my

From their two years of married life, has the couple bred any children?

Max Thieriot and Her Partner Are The Parents of Two Children

From their married life, Max Thieriot and his spouse, Lexi Murphy are blessed with a baby boy. The pair announced via their socials about their first child, son, Beaux Thierito.

After the birth of Beaux, the actor shared a sweet snap of his son wrapped in a towel. Later, Max shared another photo of the newly born son with the caption;

After three years of the birth of their first kid, the husband and wife duo announced that they are going to be father and mother the second time son on 8 January 2018.

Later, on 21 April 2018, the actor shared the picture of his second child with a caption;

Can’t believe my little man is already 3 months old! Beaux loves his little brother Maximus and we couldn’t be happier!

On 13 May 2018, Thieriot shared the snap of his wife and children and wished his wife on the occasion of Mother’s day.

Till now, Max and his soulmate are happy with each other and are jointly raising their children.

Max Thieriot is a Multimilliore

Max Theriot appeared in a bunch of movies and TV series. So there is no doubt that the actor accumulated a decent amount of money. Well, Thieriot has an estimated net worth of $2 Million.

As an actor, Max earns the average salary of an American actor which is between $19 thousand – $154 thousand.

Throughout his successful career, Max has appeared in a few movies which are doing good in the industry. Some of his films have crossed an impressive box office record.

Apart from acting, Thieriot is also involved in other businesses. He and his two best friends Christopher Strieter and Myles Lawrence-Briggs own vineyards in their hometown, Occidental. The actor also collects some penny from his winery.

From his successful career, Max has collected a considerable number of fan following. He has 440k followers on his Instagram and posted over 411 times. From his per ads post on his account, Thieriot makes $1,314.75 – $2,191.25.

Born on 14 October 1988 as the middle child of Bridgit Ann and George Cameron Thieriot, Max Thieriot is an American actor and producer.

Maz is the great-great-grandchild of Michael Henry de Young, who was an American journalist and businessman. His paternal grandparents are Frances Harrison and Ferdinand Melly Thieriot.

Theriot is an American and of the multi-racial ethnicity of Dutch Jewish, English, German, Iris and Norwegian descent.

Born and grew up in Occidental in Sonoma County, California, Max spent his childhood along with his older sister Frances “Frankie” Cameron and brother Aidan Thieriot. His sister Frances married Michael Stutes.

The 30 years old has three tattoos on his body. In his back, there is a nautical star. At the age of 15, he got his first tattoo.

The second is a large cross with wings and the scale of justice. He did that for his mom who survived cancer. Last but not the least, Max also has a tattoo on his upper arm.