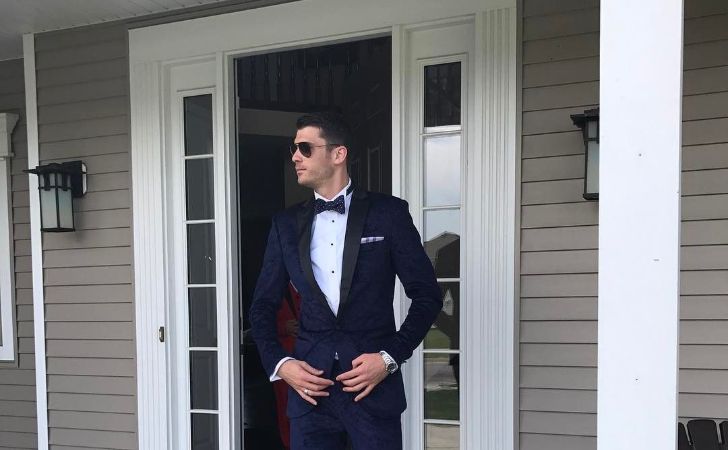 Not everyone holds enough capabilities and skills to excel in the world of sports, but only a few can manage to break out in it considering the pressure and competition in it. Despite all the struggles, Matthew Anderson is someone rare who managed to make a name for himself as an American volleyball player. In addition to that, he is currently an integral member of the Italian club Modena Volley. Over the years, he achieved immense success as with several titles like NORCECA Champion and a 2008 Pan American Cup gold medalist. So, today we take you close to the net worth and personal life of the 33-year-old athlete.

When it comes to finances and income, Matthew Anderson has barely anything to worry about, considering his widely-accomplished career in volleyball. Specifically, the Modena Volley player gathers a whopping net worth of $1 million as of 2020. Having earned the millionaire status, Anderson enjoys a lavishing life around all sorts of modern-day amenities.

Anderson has been the part of the American national volleyball team since 2007 as one of the finest assets. Interestingly, he even featured on two different Olympic sides in 2012 and 2016. According to estimates, Matthew earned around $44,680 per year, which happens to be the average salary of a professional Volleyball player in the US.

The 33-year-old volleyball player was also the part of the US national team that participated in the 2014 World League and 2015 World Cup. The 6 feet 10-inch high athlete added multiple CEV Champions League and National Championships with the former side, Zenit Kazan. After multiple years of massive success at the Russian side, he made the big decision to move to Modena Valley for the 2019-20 season.

While Matthew Anderson remains quite vocal about his professional endeavors, he prefers to keep a low-profile of his love life. The 33-year-old is the son of father Michael Anderson and mother Nancy Anderson. The athlete suffered a big heartbreak in January 2010, when he lost his father.

Matthew Anderson achieved a major breakthrough in his romantic life this past few years as he got engaged to a longtime girlfriend, Jackie Gillum in May 2019. Interestingly, he gave birth to a son Michael James Anderson with his fiancee on 31 January 2020. The COVID-19 outbreak has definitely halted their wedding plans, but it is expected that they will tie the knot pretty soon.