American football coach Matt Luke Married Life With Wife And Kids Is Blissful! Know More Of His Wiki And Net Worth 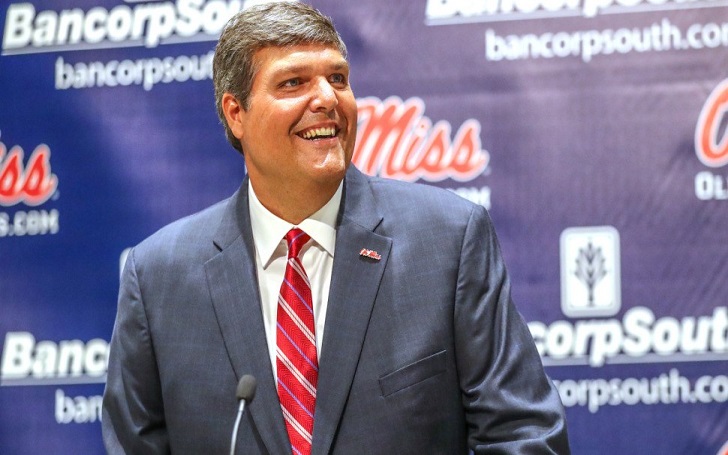 Hard work pays off to accomplish your dream. With this quote resemble an American football coach Matt Luke. All his year of dedication and hard work, Luke has finally got his “dream job” as a former Rebels player. Yes, that right, he is now the Ole Miss Football Team Head coach.

Matt Luke talented coach was serving many years in Ed Orgeron, University of Tennessee, David Cutcliffe football team, before being the head coach. He became famous for his guidance and support for the team. More about being a team coach, Let know more about Matt Luke family? Is Matt Luke married to a wife? If yes, who is Matt Luke wife? With this hot topic, we will also reveal Matt Luke wiki bio, salary, and net worth.

Recently served as the head coach at Ole Miss “Matt Luke” exchanged vows with his beautiful wife Ashley Grantham of Oxford, Mississippi. On March 12, 2005, the couple exchanged vows at North Oxford Baptist Church in Oxford. Matt Luke and his wife Ashley Grantham has not been that vocal regarding their wedding and married life and the lovebirds only provided the wedding venew and only the couple friends and family were present at the wedding ceremony.

You May Also Like: Urban Meyer Salary And Net worth | Complete Bio – Wife & Daughters, Including His Retirement

On 13 July 2016, Matt Luke shared a picture on twitter with his beloved wife Ashley Grantham with the caption “Enjoying Destin with my smoking hot wife.” With this picture perfect reflects how much they are happy being together. He also added #Luckguy as Matt Luke is blessed to have a supportive and loving wife.

With the marriage, the question is, do Matt Luke and Ashley Grantham has children? And yes they do have. They are the parent of two sons, Harrison and Cooper.

As the Rebel’s player, Matt Luke shared his son’s picture on Twitter on 8 August 2016. They were posing with the sign of the First day of third grade by Harrison and the first day of the kinder garden by Cooper.
Both pairs haven’t published any details about their children and married life as well. We respect their decision regarding their personal life detail. We assure you to provide detail as soon as they published their information.

Born in 1976 in Gulfport, Mississippi, Matt Luke celebrate his birthday on October 29. According to Matt Luke wiki, Matt Luke is at the age of 41. His birth name is Matthew Barham Luke and the son of Tommy Luke.

Luke was high school football player at Gulfport High School, later on, was a walk-on at Ole Miss and played center from 1995 to 1998. Matt Luke Graduated in 1999.

The interesting fact about Matt Luke was his family had played three generations in Ole Miss and wanted to serve the Ole Miss Football team.

With his dreams of serving the Ole Miss Rebels Football team, Matt Luke removed the tag of Interim head coach to Head coach. After late season November 26, 2017, Luke was declared as head coach, and he was named 37th head football coach of Mississippi Rebels football team. He said he wanted to be hired as an Ole Miss coach and was the right man for the job.

Luke also added he has been playing and coaching for 20 years with being some of the best Head Coach in the county.

As a Head coach, Matt Luke has a contract of four years’ worth of 12.6 million dollars with several performance incentives. They haven’t released any buyout term from both sides. We will update you as soon as this information published publicly.