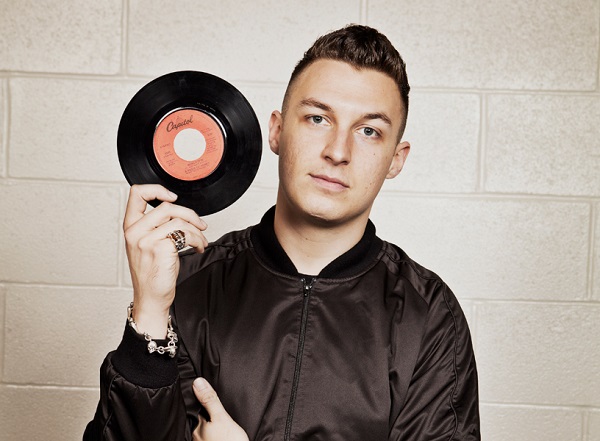 In 2016, Matt Helders married his longtime girlfriend, Breana McDow. Helders started dating Breana in the year 2011 and later got engaged in 2013. Together, the couple shares a daughter who was born in 2015.

Helders first met Breana on the set of a music video, so it was natural for him to propose to Breana with a song.

“I woke up in our first house together to our song being played,”

“He proposed with a pinky ring and got me a real engagement ring later.”

Later, the duo started planning about their wedding. They made a trip to Rome, but when they came back, plans changed.

“I discovered I was pregnant. We pushed the wedding another year, and I’m so glad we did because having Amelia there was really special.”

On June 11, 2016, Matt Helders along with his wife and their baby daughter made the trip to Rome, where they exchanged vows at Villa Aurelia, a historic villa with expansive gardens. They selected Villa Aurelia because they could rent out the entire location.

“I loved that each location, from the entrance to the reception, felt entirely different. Each place within the villa’s grounds was its own magical world.”

Besides his relationship with Breana, there’s no information about his previous affairs. As for now, it seems like Matt Helder married life is blissful and there’s no sign or rumor of them having divorce.

How much is Matt Helders Net worth?

Being a musician, Matt Helders mostly earns his income from music and tours. The band Arctic Monkeys is famous all around the world and millions of people enjoy their music. The group has been active for a long time. Over the years, the band has released many hit songs which were even nominated in the Grammys. There’s no doubt Matt Helders net worth is on a higher range. But what’s the figure of Matt Helders net worth?

Matt Helders said that when the band was created, none of them knew how to play anything. At the early stages of the band’s career, Helders lived in his parent’s house but later moved into his own house. However, he has mentioned about the influence that the rap music has had on them.

Matt Helders has explained that seeing places all over the world makes him more inspired and provides the basis for the band’s lyrics. Despite the fame of the band, Helders can still avoid being mobbed in the street.

Matt Helders vocal has featured on many of the band’s songs. He often sings in harmony with lead singer Alex Turner. He sang lead vocals on “D Is for Dangerous,” “Brick by Brick,” and “I.D.S.T.,” as well as on some parts of “You Probably Couldn’t See for the Lights, but You Were Staring Straight at Me,” and “Teddy Picker.” In May 2007, he started a clothing line whose profits benefit the Arthur Rank Hospice.

In 1986, Matthew Helders was born in Sheffield, England. He celebrates his birthday on 7th May. People professionally know him as Matt Helders. He was born to Clive Helders and Jill Helders. He also has a brother named Gary Helders. Helders is British and belongs to the white ethnicity.

As of now, Helders is 32 years old. His zodiac sign is Taurus. His height is 6 feet 1 inch.